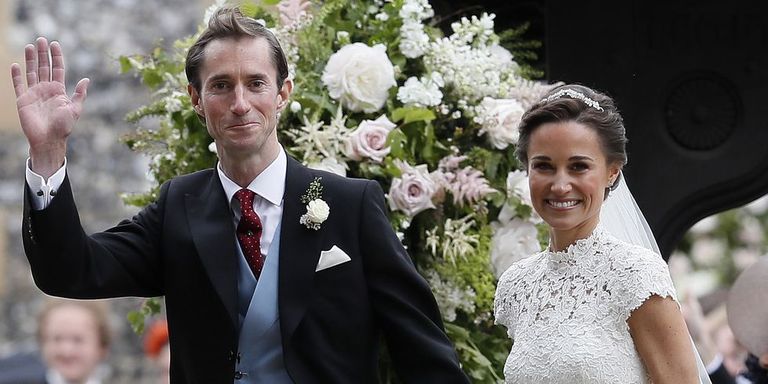 Just as sister, Kate Middleton, is about to give birth to her third child, it’s being reported that Pippa Middleton is pregnant with her first baby.

According to the Sunday Express, Pippa has reportedly revealed to friends and family that she is expecting her first child with husband, James Matthews. A “friend” close to the couple tells the Sunday Express that Kate “could not have been more delighted” to hear the news that her sister would soon be having a baby.

The Mail Online reports (via the Sun on Sunday) that Pippa has allegedly had her 12-week scan fairly recently, and has begun to tell people the happy news.

The Sunday Express‘ source reveals that “When Pippa found out she was pregnant, she was obviously thrilled and utterly overjoyed,” and that the baby news “provided some much-needed happiness.”

She first dated her now-husband Matthews back in 2012, but their initial courtship only lasted a few months. However, when she split with her subsequent boyfriend, Pippa was spotted at Matthews’ house soon after, in October 2015, leading to reports that they were back together.

A source revealed to E! at the time, “James [Matthews] has always been on the scene. He is super charismatic and charming, good looking and always held a torch for Pippa. They have always had insane chemistry, but Pippa was always in a relationship.”

After a summer engagement in 2016, Pippa got married to Matthews in May 2017, wearing a stunning Giles Deacon wedding gown. And now they’re expecting their first baby together. Congratulations to the couple!