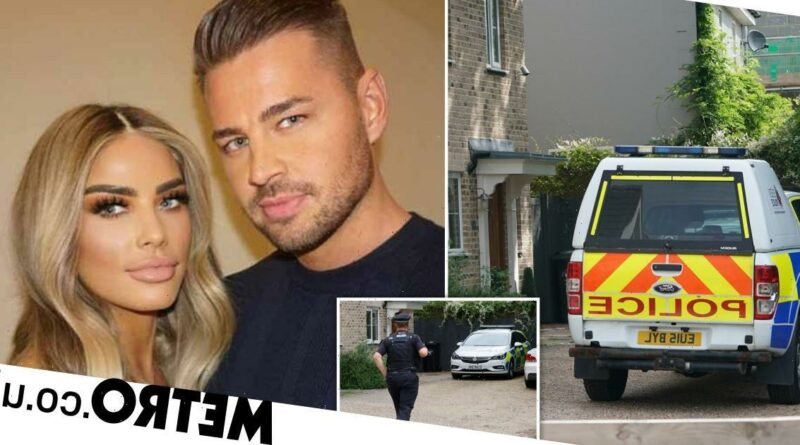 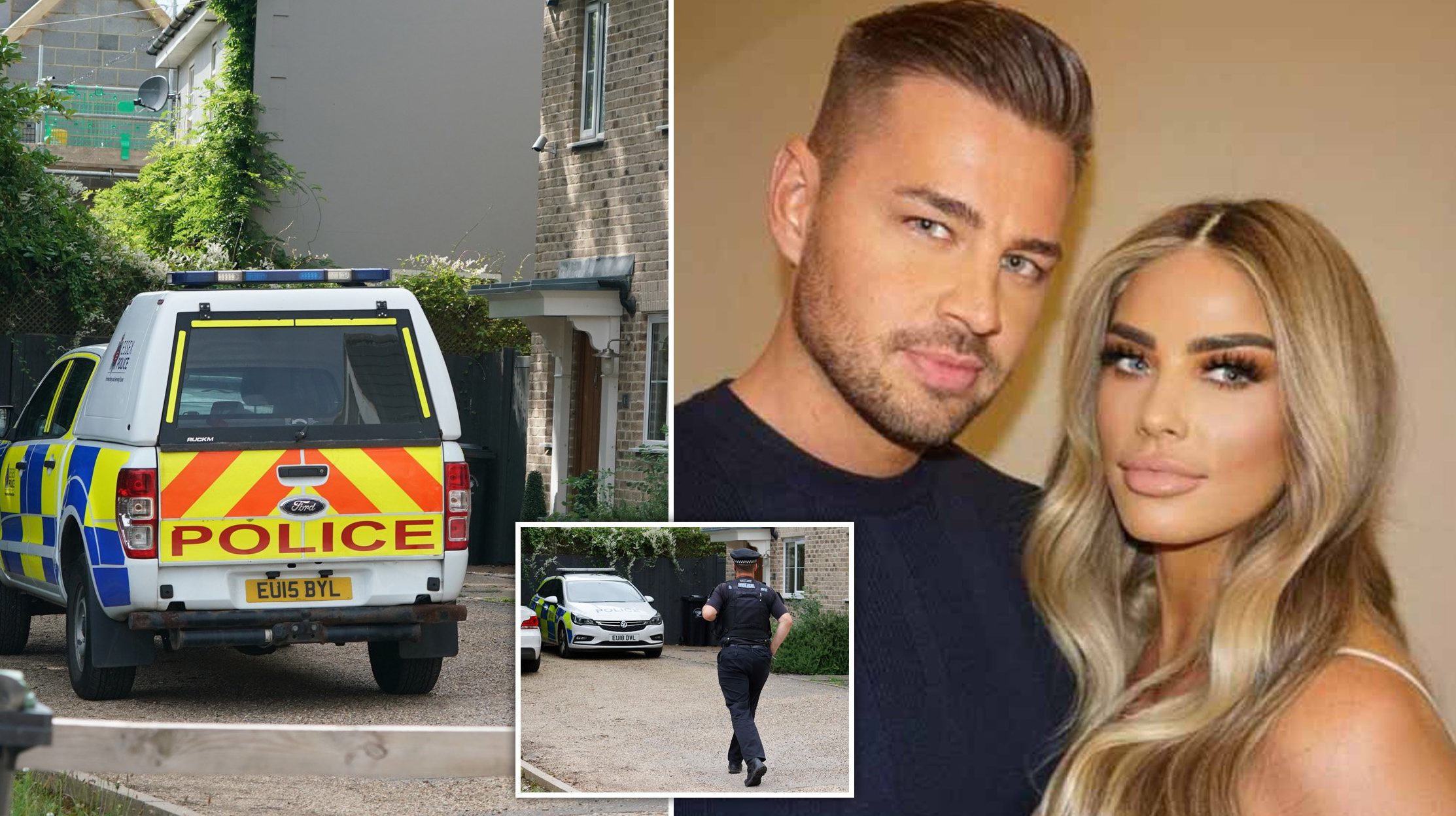 Police were pictured gathering outside the home of Katie Price’s fiancé Carl Woods, after she was allegedly attacked.

The 43-year-old was taken to hospital in the early hours of this morning, following an alleged incident at a property in Essex.

A man was later arrested on suspicion of assault, and remains in custody.

The mum-of-five sustained facial injuries in the incident, but has yet to speak out publicly.

Earlier today, two police cars were seen parked outside of his home.

At one point, an officer was pictured making his way down the drive.

The investigation is ongoing, with a spokesperson for Essex Police telling Metro.co.uk: ‘We were called by colleagues in the ambulance service to reports of an assault in The Meadows, Little Canfield, shortly after 1.30am this morning, Monday 23 August.

‘We arrived and found a woman had sustained a facial injury which required hospital treatment.

‘A man was arrested a short time later on suspicion of assault. He remains in custody.’

No further information has been made public, but an eyewitness told the Sun that Katie was treated for a suspected jaw fracture and a split eye.

The alleged incident comes just hours before Katie shared a sweet family snap of daughter Bunny on her Instagram page, as the little one cuddled her dog, Buddy.

In the caption, the I’m A Celebrity… Get Me Out Of Here! star said: ‘Excuse the mess we are doing Carl’s house up but how cute does Bunny look with Buddy.’

Portraits of the former glamour model could be seen hanging behind the youngster, with one painting showing the couple posing together for their joint Adventures page.