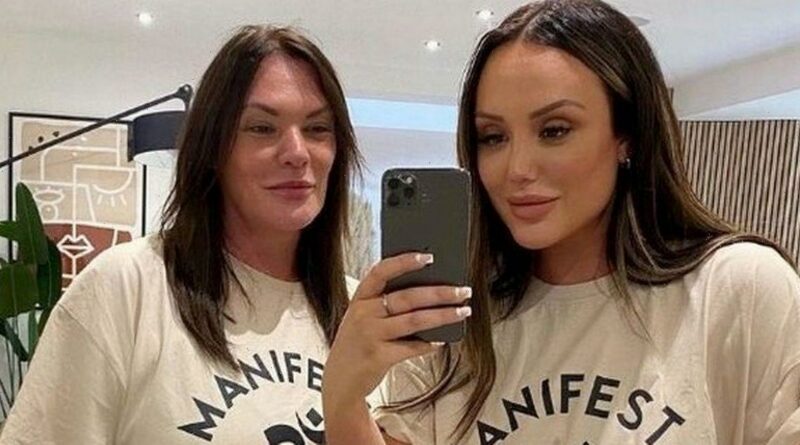 Charlotte Crosby has revealed she found a lump in her own body after her mum Letitia announced she was diagnosed with breast cancer.

The 32 year old, who is expected her first child with boyfriend Jake Ankers, was shocked when her mum, 53, explained she had no symptoms or lumps when doctors told her.

And the news, while difficult to swallow, made the pregnant TV star "so much more aware" of her own body, which led to the discovery of a lump in her breast.

Charlotte told The Sun: “And then I found a lump literally just after mum was diagnosed."

Thankfully, it turned out to be fine as she added: “I went to get it checked out straight away. Luckily it was nothing bad.”

But her mum is set to start chemotherapy and radiotherapy in a fortnight. The pair are now calling for the government to lower the age of mammogram screening invitations.

Charlotte and Letitia revealed she was diagnosed after a routine mammogram as the reality star explained: "Mam had no symptoms. There were no signs."

“It was just a routine mammogram, I have never missed one. When they told me it was cancer I was floored," Letitia explained.

She continued: “I no symptoms, no lumps, nothing. The mammogram has helped save my life – they should be inviting women of all ages to one every single year. Not just women over 50.”

Charlotte, who is planning to give birth on TV as part of a BBC documentary, revealed she was "adamant" news about the diagnosis in a letter would reveal Letitia was all clear.

"When mum got the letter from them she said she thought something was wrong," she added.

“When she called and told us it was cancer, I said, 'No it’s not.’ She was like, ‘No I have been told it is cancer.’ But I still didn’t believe it because I was so adamant it could not be that.”

Letitia has since undergone surgery to remove a tumour and will next month begin courses of chemotherapy and radiotherapy.

However Charlotte has been supporting her mum throughout the diagnosis, saying: “My pregnancy has flown by, I have been so focused on mam.

“This has made us realise we can get through the really tough times."