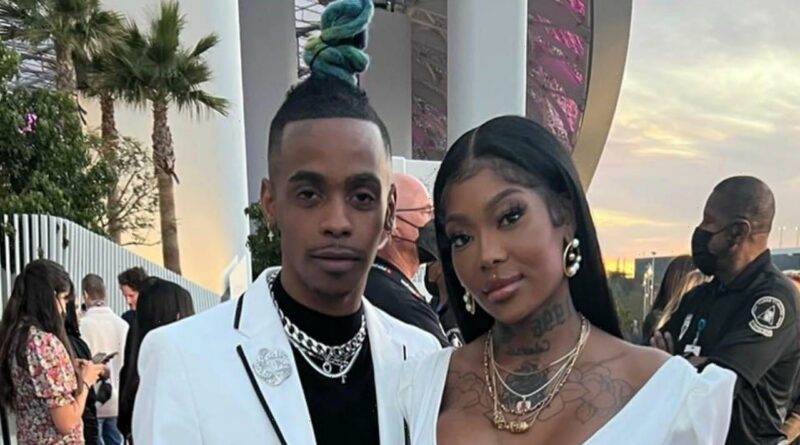 The ‘Still Over It’ artist, who is currently pregnant with her ex-boyfriend Larry’s baby, admits on Instagram Story that she still has love for him but ‘there’s just certain things I won’t tolerate.’

AceShowbiz –Summer Walker proved that he has nothing but love for LVRD Pharaoh a.k.a. Larry despite their split. When confirming their breakup on social media, the “Still Over It” artist described her ex as an “amazing father.”

The 26-year-old declared her single status through an Instagram Story shared on Sunday, November 6. “People been trying to be in my business bad lately,” she kicked off her message. “Idk why y’all need updates on my life lol like go touch grass, but I’ve decided to be single.”

“It’s no hard feelings,” the musician, who’s currently pregnant with Larry’s baby, added. “Larry is an amazing father, there’s just certain things I won’t tolerate, but we’re super duper happy to have all our children and we just living life. He be at every swim class, every photoshoot, every doctor’s appointment, and every baby event. & no I ain’t removing my face Tatt I still have hella love for him.”

In another post, Summer argued, “Also I don’t have to name any names b/c you see it everyday in the media, all these celebrity women who are in ‘marriages’ or in long term relationships with children be getting dogged out every week.” She then stressed, “Every month they complaining bout how they getting cheated on, beat on, chilren being had on them, they lonely etc. but they rather stay for the IMAGE just to say they have a man or a ring or just to keep receiving apology birkins & cars.”

“I prefer my peace n happiness so I walk away. Relax with all that wow she’s still not married,” she continued. “I could’ve been married to either one of my child’s fathers, it’s just certain things I won’t tolerate but NOTHING was a mistake I wanted all my children by the age of 25 on PURPOSE & did that.”

Summer revealed her relationship status after a fan asked Larry’s whereabouts underneath her maternity photo that was re-shared by The Shade Room. “Where is Larry?” the individual questioned, to which the expectant mom replied, “Outside with the men. Where yo man?”

Summer announced her pregnancy with Larry’s baby in June. “People asking me if I’m pregnant,” she said during an Instagram Live. After taking a few moments, she confirmed, “I am! And, you know, I’m very very very happy about it, very excited about it.”

Summer went on to tell her online devotees that she’s most excited to see how “different” things will be this time around. The songstress seemingly dissed her first baby daddy London On Da Track for “making [her] spend [her] whole f**king pregnancy alone.”