Home » Celebrities » Prince Edward: Staying Out of Feud Between Prince Harry and Royal Family Is ‘Safest Place to Be’ 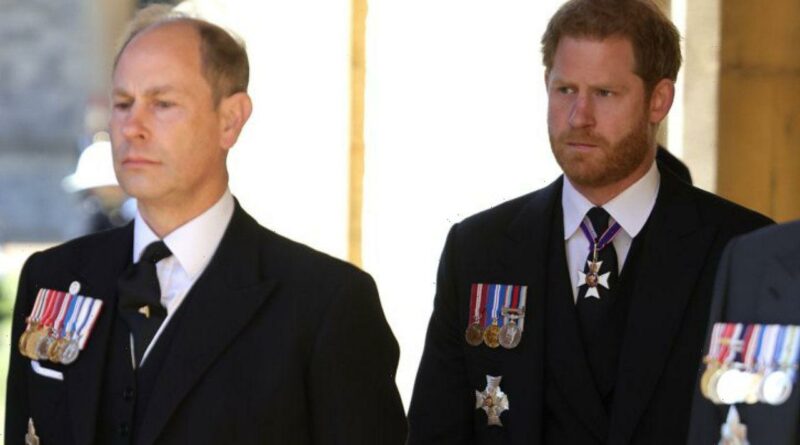 The youngest son of Queen Elizabeth II describes the rift between the Duke and Duchess of Sussex and the British royal family as a ‘sad’ and ‘difficult’ situation for everyone.

AceShowbiz –Prince Harry and Meghan Markle, Duchess of Sussex’s rift with Britain’s royal family has been “difficult for everyone,” according to the Duke’s uncle, Prince Edward.

The Sussexes stepped down as senior members of the monarchy and relocated to Meghan’s native California in early 2020, citing their wish for more privacy for breaking with royal tradition.

Relations between the couple and other family members have remained tense, particularly in the wake of Harry and Meghan’s explosive TV tell-all with Oprah Winfrey in March, and Prince Edward, the youngest son of Queen Elizabeth II, admits the family drama is “very sad.”

“It’s difficult for everyone but that’s families for you,” he told CNN.

Prince Edward went on to express sympathy for the tabloid pressures the couple has faced. “Listen, weirdly we’ve all been there before – we’ve all had excessive intrusion and attention in our lives, and we’ve all dealt with it in slightly different ways,” he said.

“We wish them the very best of luck. It’s a really hard decision,” he added of the Duke and Duchess moving away.

In a separate interview with the BBC, Prince Edward claimed he has tried to avoid getting involved in family matters, especially when it’s all played out so publicly.

He stated, “There are all sorts of issues and circumstances there. We’ve all been there. I stay way out of it. It’s much the safest place to be!”

Harry’s uncle also offered up his well wishes to the Duke and Duchess after welcoming their second child, and naming their newborn daughter Lilibet Diana, in honour of Queen Elizabeth II’s family nickname and the late Diana, Princess of Wales.

“Well, we just wish them all happiness. That’s fantastic news and absolutely, I hope they’re very happy,” he added.

Prince Edward’s interview aired on Thursday, June 10, on what would have been his father Prince Philip’s 100th birthday.

The Duke of Edinburgh passed away in April and, although he never wanted a big “fuss” for his centennial, his loved ones are still keen to celebrate his life.

Prince Edward shared, “He wasn’t really looking forward to the centenary, even if we were. We go ahead and celebrate what might have been and his life and I think we try to turn it into something that’s very positive.”

The special day was also marked online with brief social media tributes from Prince Charles, Prince William, and his wife Catherine, Duchess of Cambridge, and new mum Princess Eugenie, who wrote, “Thinking of Grandpa on what would have been his 100th birthday.”