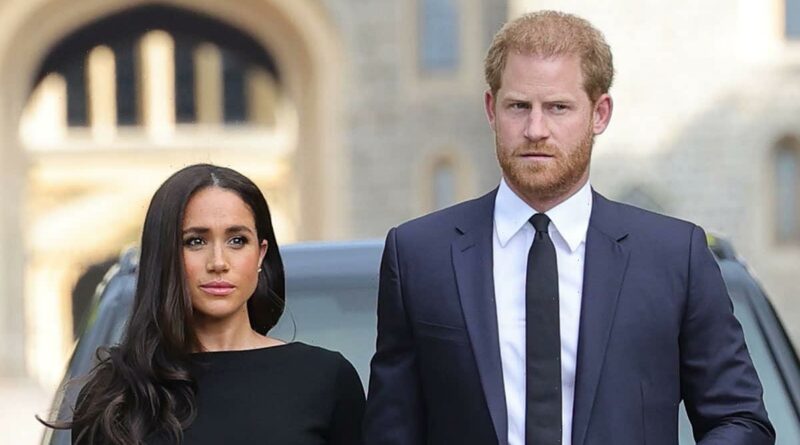 Moments before Queen Elizabeth II‘s coffin arrived at Buckingham Palace to be received by her family, King Charles III was pictured alongside his son Prince Harry  and his wife Meghan Markle for the first time since the Platinum Jubilee service of thanksgiving in June.

The picture showed Charles standing at the bottom of the stairs inside the palace, awaiting his late mother’s coffin, with his head bowed and standing alone; members of the King’s Guard stood outside awaiting the queen’s Jaguar hearse.

WATCH: The Queen’s returns to Buckingham Palace for the last time

Harry, wearing a black suit and tie, stood behind Charles, several feet away alongside his wife Meghan, the Duchess of Sussex.

MORE: When will the Queen’s cause of death be revealed?

There were emotional scenes on Tuesday evening when the late Queen was brought back to London by plane and taken to Buckingham Palace for the final time. 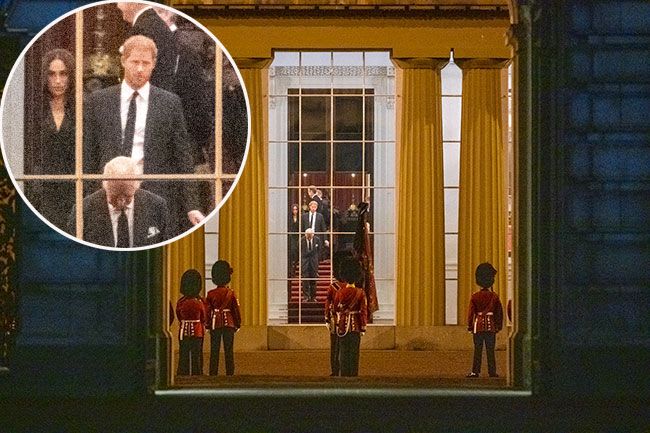 King Charles alongside his son Harry and daughter-in-law Meghan

As the hearse carrying the coffin began its journey from RAF Northolt in north-west London, people stood silently by the road with some recording the historic moment on their camera phones.

Earlier that evening, Meghan and Prince Harry looked sombre as they arrived via car at Buckingham Palace. A heartbroken Princess Eugenie and her husband Jack Brooksbank also appeared visibly emotional as they arrived together. 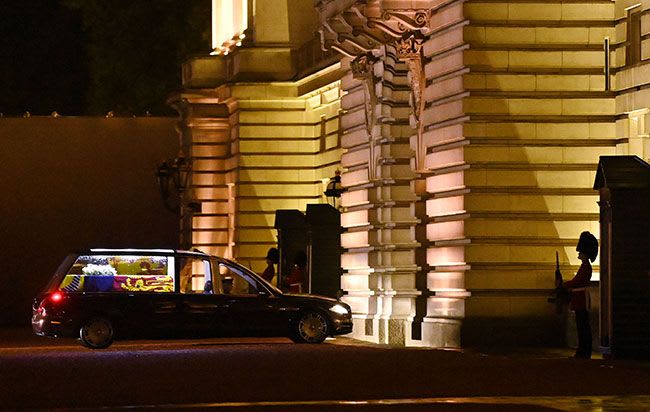 On Wednesday, the King and his sons, Princes William and Harry, will walk behind the Queen’s coffin as she leaves Buckingham Palace for the final time ahead of her lying in state.

Charles, the Prince of Wales and Duke of Sussex, along with the Duke of York, the Princess Royal and the Earl of Wessex, will form part of the procession on Wednesday afternoon. 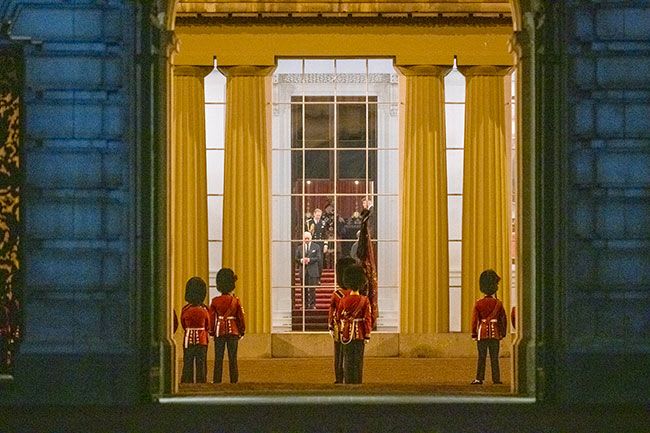 Charles could later be seen with the Queen’s piper

Anne’s son Peter Phillips and her husband Vice Admiral Sir Tim Laurence will also walk behind the procession, as well as the Duke of Gloucester and the Earl of Snowdon. 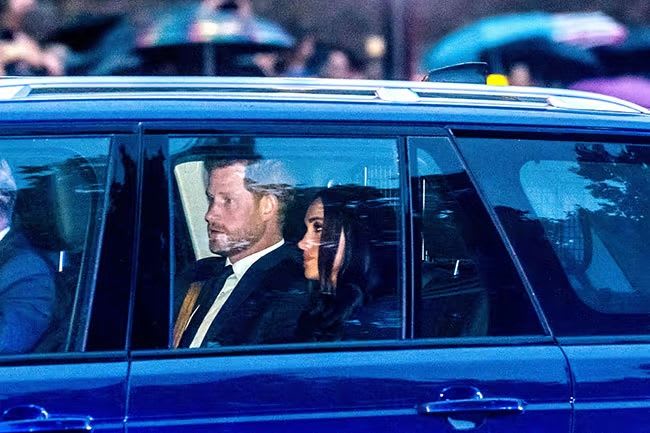 Meghan and Harry were pictured arriving at Buckingham Palace

The Queen Consort, the Princess of Wales, the Countess of Wessex and the Duchess of Sussex will travel by car.

The procession will leave the palace at 2.22pm and is expected to arrive at Westminster Hall at 3pm.

A service lasting around 20 minutes will be led by the Archbishop of Canterbury. 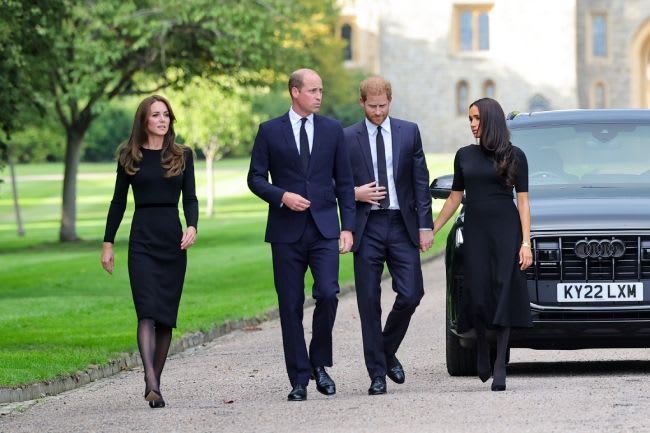 William and Harry did a walkabout in Windsor

William and Harry were seen together on Saturday as they put on a united front with their wives during a surprise walkabout in Windsor.

The brothers have a well-documented troubled relationship but the death of their grandmother saw them unexpectedly come together when they viewed floral tributes left to the late Queen at Windsor Castle.

William, Kate, Harry and Meghan arrived in the same vehicle and greeted well-wishers for around 40 minutes before William hopped into the driver’s seat of the Audi with his wife in the passenger seat, and his brother and sister-in-law in the back.