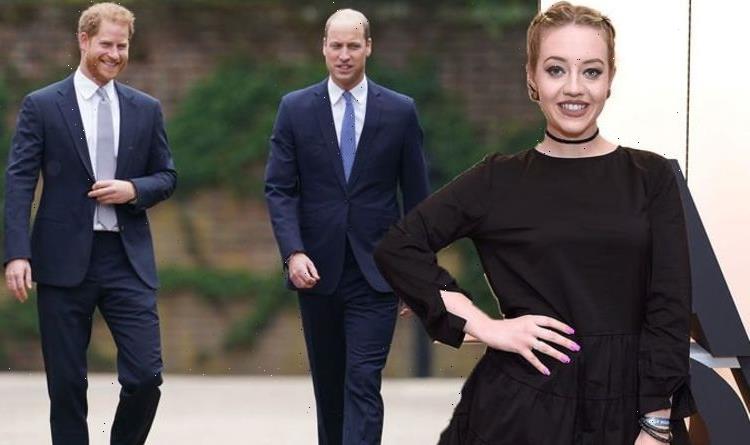 Prince Harry recently said he and his brother Prince William were “on different paths” but the two put their differences aside to celebrate their late mother. On July 1, the two unveiled a new statue of Diana, Princess of Wales to celebrate her 60th birthday.

It was so lovely to see!

William, 39, and Harry, 36, are said to be on “different paths” with things thought to have escalated following Harry’s decision to resign as a senior working member of The Royal Family in January 2020.

Prince Harry and wife Meghan Markle, Duchess of Sussex, 39, moved from their home at Kensington Palace and resided at Frogmore Cottage on the Queen’s Windsor Castle estate.

The couple also split from their joint office with William and wife, Catherine, at Kensington Palace and opened their own at Buckingham Palace.

However, earlier this month, the brothers appeared to put their differences aside as they celebrated their late mother, Diana, on her 60th birthday.

The two princes reunited at Diana’s former home, Kensington Palace, to unveil a statue commemorating the Princess of Wales in her back garden.

Kelsey Parker has now joined forces with The Diana Award’s ‘Don’t Face It Alone’ campaign, encouraging young people to speak out and hopefully put an end to online bullying.

Speaking about the late Princess and her sons reuniting, Kelsey told Express.co.uk: “It was so lovely to see.”

Over the years, both Harry and William have spoken about mental health and the effects social media bullying has on people.

Discussing Harry’s revelation that he himself has suffered from his mental health and trolling, Kelsey added: “I think it’s one of the things it doesn’t matter who you are, what you are [or] what you do.

“I just think anything can affect you in different ways and I think it all stems from your personality.”

The mum-of-two went on to say: “It’s good that I’ve got each other now and then, like everyone’s putting their differences aside.”

Kelsey struggled to contain her joy as she spoke about joining forces with the campaign launched following in Diana’s footsteps.

“I just feel great, just being a part of something that can make a massive difference to kids, because I have been working closely with kids for the last 10 years,” she explained.

Kelsey added: “I’ve set up a performing arts school 10 years ago now. So, for me, if I can make a change, that’s all I want to do.

“I was really overwhelmed when they asked me to be an ambassador because, you know, Diana is a massive name a massive legacy, and what she stood for, is what I stand for.”

Explaining her initial reaction to being asked to front the campaign, Kelsey added: “I was really overwhelmed when they asked me to be an ambassador because, you know, Diana is a massive name, a massive legacy, and what she stood for, is what I stand for.

“It’s just an honour to actually be involved in this charity and like I said I work so closely with young children but, you know, I just want to help as much as I can.