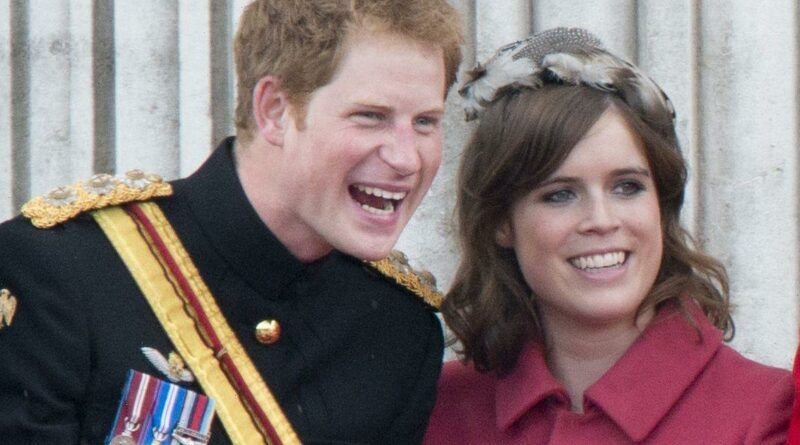 Royal insiders think Prince Harry will lean on cousin Princess Eugenie for help with his upcoming memoir, which is believed to expose more truths about the Royal family.

The book will be created with Pulitzer Prize-winning ghostwriter JR Moehringer, 56, and is due to be released next year.

Princess Eugenie was friends with Harry's wife Meghan Markle before their romance started and is said to still be in regular contact with the couple despite the recent dramas.

A source told The Sun: "I could only imagine Eugenie talking or being approached as she is someone Harry is still in regular contact with."

Princess Eugenie's husband Jack Brooksbank is also close friends with Harry and Meghan and the pair were given their old home at Frogmore Cottage.

OK! online has contacted representatives for Prince Harry and Princess Eugenie for comment on this story.

Prince Harry and Meghan Markle reportedly caused tension within the royal family in early 2020 when they announced they were stepping down from life as senior royals.

Tensions further escalated when they sat down with Oprah Winfrey for an intimate chat and made a number of accusations against the family.

Meghan claimed that Prince William's wife Kate Middleton had been the one to make her cry in a row over flower girl dresses.

And they said that a senior royal had expressed concerns over the colour of their son Archie's skin.

Harry also insisted that both his father Prince Charles and brother William were 'trapped'.

The new reports come after a PR expert warned Harry that the public will not respond well to a “bitter” memoir that is written by a Hollywood professional.

Harry received a publishing deal with Penguin Random House after his interview with Oprah exploded in popularity, leading to the Apple TV show The Me You Can’t See and a deal with Spotify.

A PR expert spoke about the new book, advising that he should avoid “exaggerating” in order to “shift more copies” when it releases next year.

"This adjustment will be a phased approach as they settle into the new normality of their updated roles. This updated approach aims to engage with grassroots media organisations and young, up-and-coming journalists."

For the latest news and updates on Prince Harry, Meghan Markle and the Royal family, sign up to our daily OK! newsletter.