The Duke and Duchess of Sussex attend Prince Charles’ garden party at Buckingham Palace in London.

AceShowbiz –
Prince Harry poked fun at his father Prince Charles for celebrating his 70th birthday six months early as he made his first public appearance with his new wife, Meghan Markle, Duchess Of Sussex.

The newlyweds, who exchanged vows at Windsor Castle on Saturday, May 19, joined Prince Charles at a garden party at London’s Buckingham Palace on Tuesday, May 22 to toast the heir-to-the-throne’s dedication to charity work and his age milestone, which he will officially mark in November. 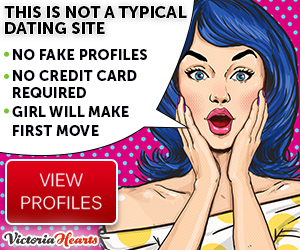 The Duke and Duchess of Sussex attended their first engagement as a married couple today, joining The Duke’s father The Prince of Wales’ Patronage celebration at Buckingham Palace to mark his 70th Birthday.

Harry gave a speech at the event, which was attended by more than 6,000 guests associated with causes supported by the birthday boy, and he didn’t hold back on teasing his dad in public.

“You have inspired (brother Prince) William and I, and looking out here today it is clear to see that we are not alone,” the 33-year-old said. “You have created an incredible body of work that has and will continue to make such a huge difference to so many people’s lives both here and around the world.”

“With that, ladies and gentlemen, please can I ask you to join me in wishing the Prince of Wales a very happy birthday, six months ahead of his birthday. How very royal,” Harry quipped, as the crowd burst into laughter.

“So Pa, while I know that you’ve asked that today not be about you, you must forgive me if I don’t listen to you, much like when I was younger,” the cheeky prince continued, as Meghan giggled beside her new father-in-law and his wife Camilla, Duchess of Cornwall. “Instead, I ask everyone here to say a huge thank you to you for your incredible work over nearly 50 years.”

It wasn’t just Harry’s speech which elicited laughter from the guests – he also had to pause midway through to swat away a bee as it buzzed around his ear.

Apologising for the brief interruption, he said, “Sorry, that bee really got me!”

Prince Harry and Meghan, Duchess of Sussex were previously revealed to be postponing their honeymoon, although it is not yet known when or where the traditional post-wedding vacation is due to take place.

Harry’s big brother, Prince William, was not in attendance at the garden party as he was in Manchester, England, to pay tribute to the victims of the 2017 Manchester Arena bomb attack at a church service.

The Buckingham Palace garden party also included a moment of silence for the victims of the tragedy.