A warm welcome! Prince Harry and Meghan Markle visited Windsor Castle on Thursday, May 17, to oversee the final preparations for their royal wedding. 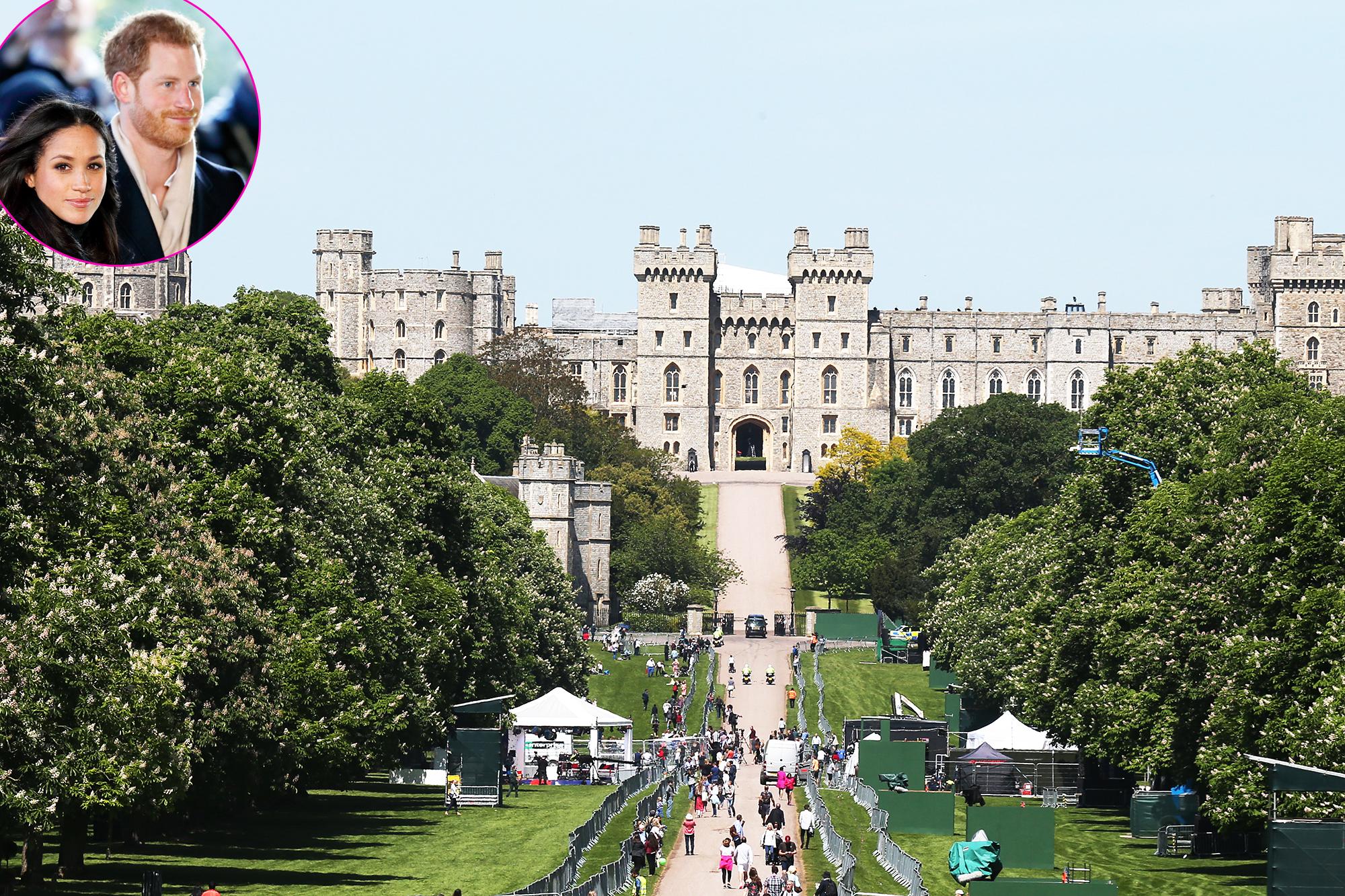 The couple were escorted in a black Range Rover from their Nottingham Cottage home at Kensington Palace to the royal castle, flanked by a group of police officers on motorcycles. Harry, 33, and Markle, 36, were “smiling” and “looked very happy” while sitting in the back seat of the SUV, an eyewitness tells Us Weekly.

The groom-to-be’s grandmother Queen Elizabeth II is also en route to Windsor Castle. She will have tea there with Harry and his fiancée. 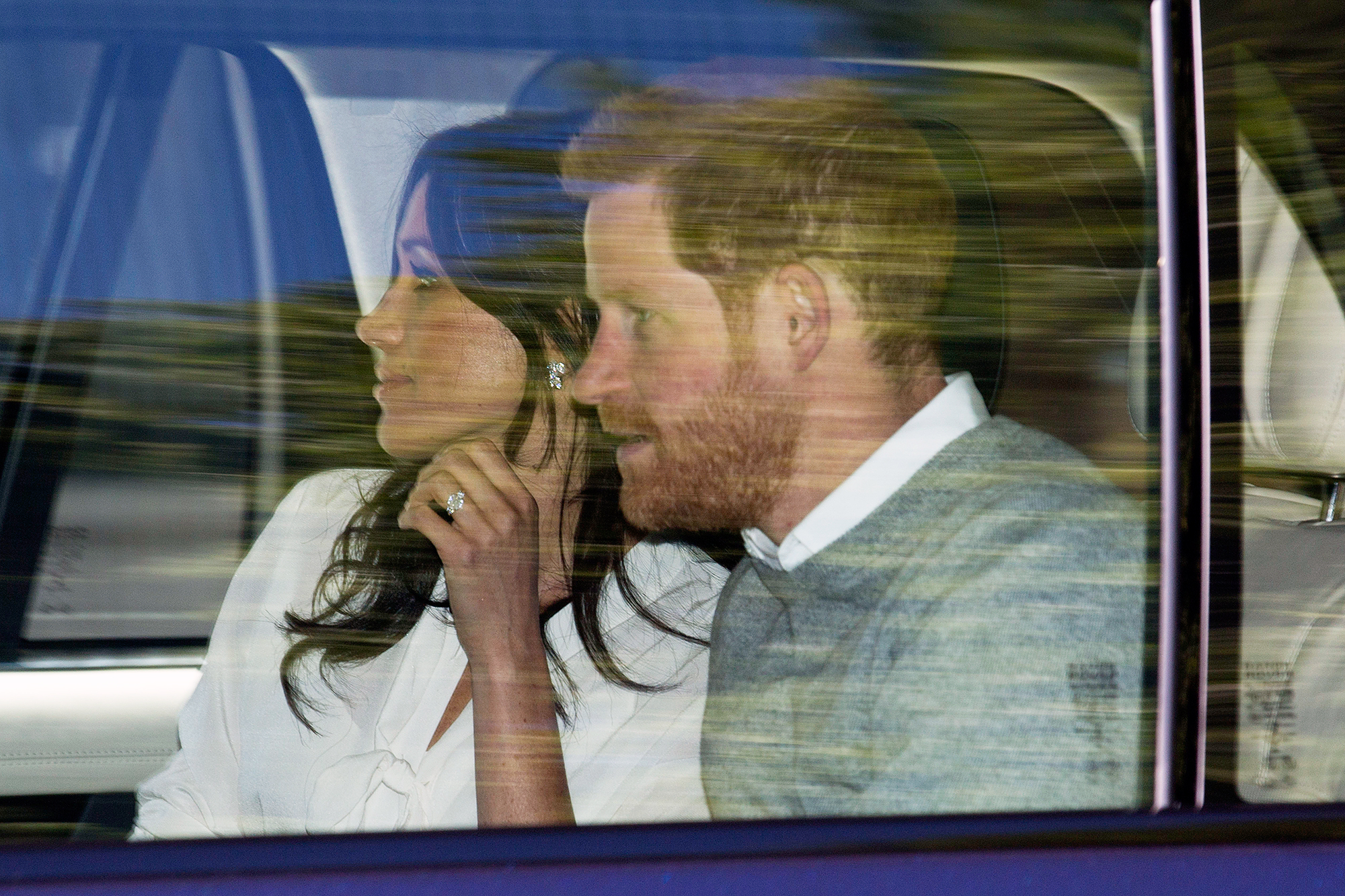 A dress rehearsal for the wedding began earlier on Thursday. According to Kensington Palace’s Twitter account, members of the armed forces were among those who ran through the carriage procession outside of the castle and around the town of Windsor. The St George’s Chapel Choir, under the direction of James Vivian, has also been rehearsing.

Harry’s brother, Prince William, and sister-in-law, Duchess Kate, were also spotted leaving Kensington Palace on Thursday afternoon. A source tells Us that the pair (who welcomed son Prince Louis on April 23) went to pick up their firstborn son, Prince George, 4, and daughter, Princess Charlotte, 3, from their respective schools.

The former Army helicopter pilot and the Suits alum are set to tie the knot at St George’s Chapel at Windsor Castle in front of approximately 600 guests on Saturday, May 19. The bride-to-be confirmed in a statement released by Kensington Palace on Thursday that her father, Thomas Markle, will not be in attendance as he recently underwent a successful heart surgery. 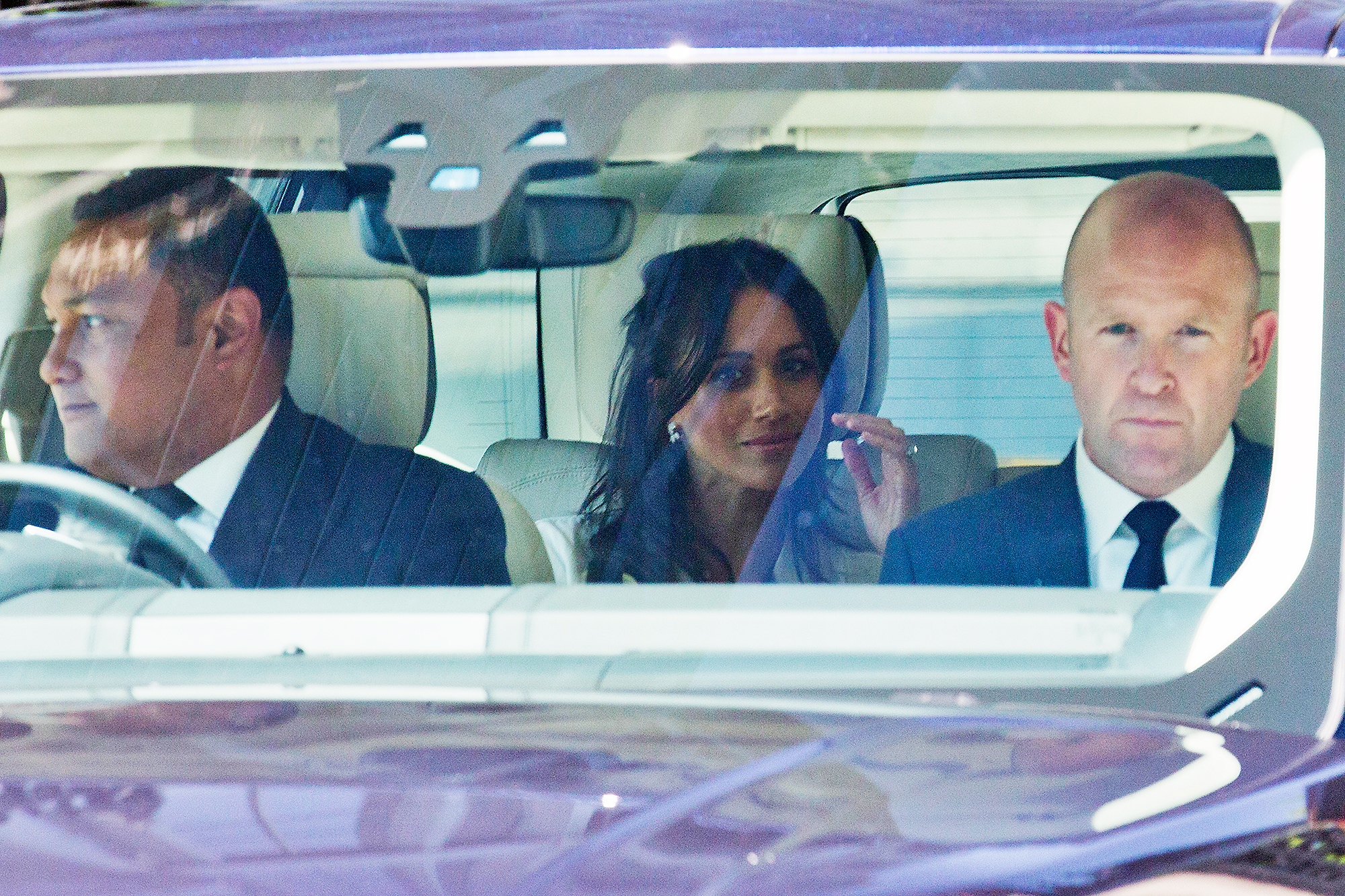 “Sadly, my father will not be attending our wedding. I have always cared for my father and hope he can be given the space he needs to focus on his health,” Meghan said. “I would like to thank everyone who has offered generous messages of support. Please know how much Harry and I look forward to sharing our special day with you on Saturday.”

With reporting by Jennifer Peros.