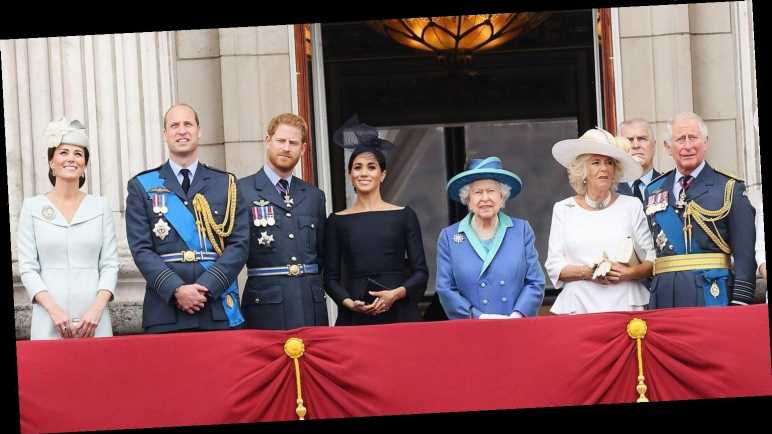 Officially on his own. Prince Harry was cut off financially from the royal family following his 2020 announcement that he and Meghan Markle were stepping back from their roles as senior members.

“My family literally cut me off financially, and I had to afford security for us,” Harry, 36, shared during the Sunday, March 7, CBS interview, revealing his reason behind the pair’s partnerships with Netflix and Spotify. “[I was cut off] in the first quarter of 2020. But I’ve got what my mom left me and without that, we would not have been able to do this.”

When Did It All Change? Every Revelation From Meghan and Harry’s Interview

The prince explained that his father, Prince Charles, stopped taking his calls shortly after the pair told the family they were exiting.

“[He stopped] because, by that point, I took matters into my own hands,” Harry explained. “It was like, ‘I need to do this for my family.’ This is not a surprise to anybody. It’s really sad that it’s gotten to this point, but I’ve got to do something for my own mental health, my wife’s and for Archie’s, as well, because I could see where this was headed.”

As for their relationship today, Charles, 72, and Harry are not in a great place — but he’s hopeful that will change with time.

“I feel really let down because he’s been through something similar. He knows what pain feels like, and Archie’s his grandson,” the London native said. “I will always love him, but there’s a lot of hurt that’s happened. And I will continue to make it one of my priorities to try and heal that relationship.”

Harry’s relationship with brother Prince William is also a work in progress, he explained. “I love William to bits. We’ve been through hell together and we have a shared experience but we are on different paths,” he explained. “The relationship is space at the moment and time heals all things, hopefully.”

Harry also shared that he thinks his mother, the late Princess Diana, would be extremely upset about the way everything happened with the family.

“I think she would feel very angry with how this has panned out, and very sad. But ultimately, all she’d ever want is for us to be happy,” he said. “I think she saw it coming. And I certainly felt her presence throughout this whole process. For me, just really relieved and happy to be sitting here talking to you with my wife by my side. Because I can’t begin to imagine what it must have been like for her going through this process by herself all those years ago because it’s been unbelievably tough for the two of us, but at least we had each other.”