Whispering sweet nothings. Prince Harry made his feelings for Duchess Meghan (nee Meghan Markle) known when she arrived at the altar to meet him during their royal wedding ceremony on Saturday, May 19.

“When Meghan came and met him at the altar, he first said, ‘Are you OK?’ lip reading expert Phillis Mullins tells Us Weekly exclusively. “And then, a moment later, he said, ‘You look amazing.’ Meghan can be seen saying ‘Thank you’ right after Harry’s compliment.”

Mullins continues: “After that, while he and Meghan are staring into each other’s eyes, Harry can be seen saying, ‘I love you.’” 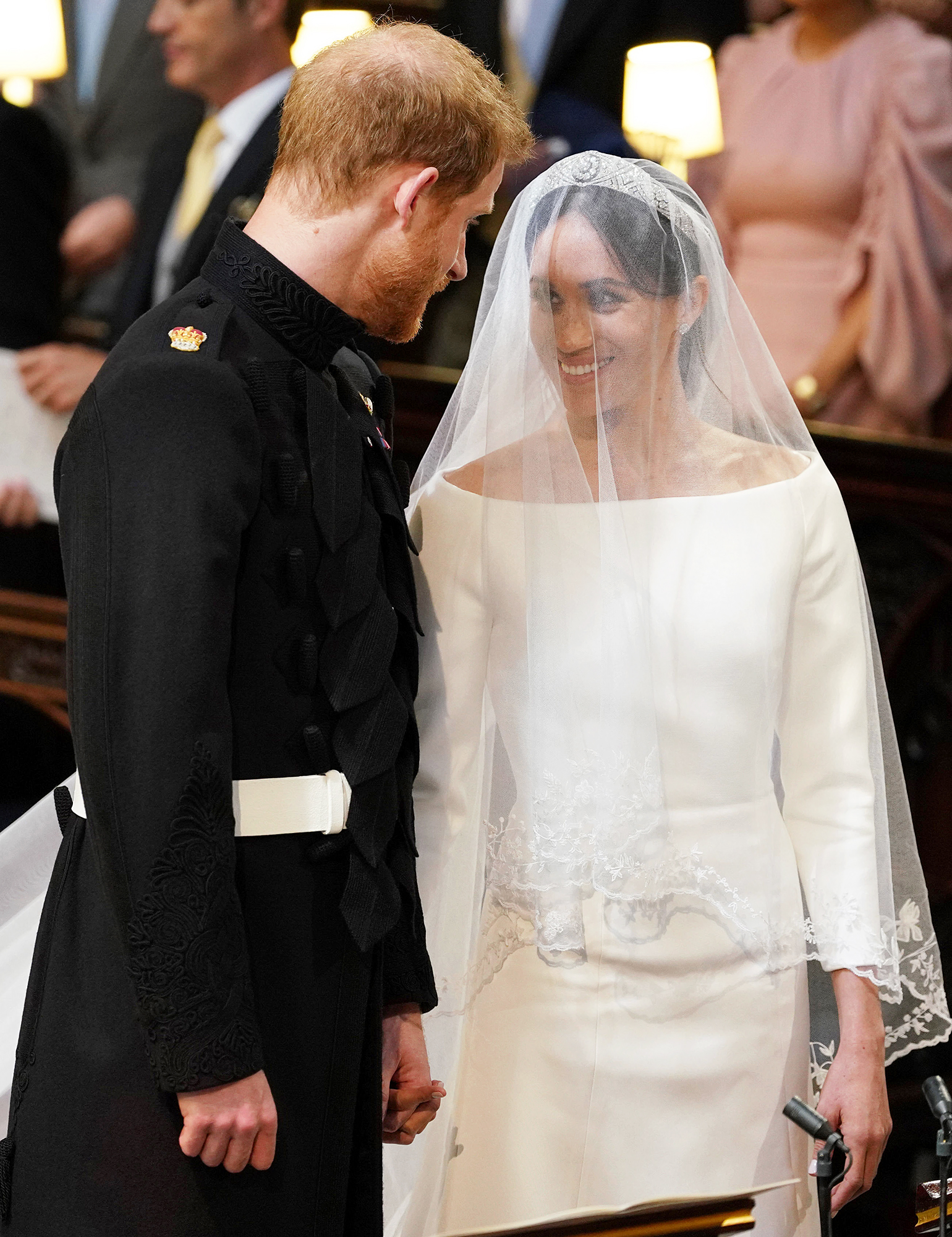 Harry and Meghan, who will now be known as the Duke and Duchess of Sussex, beamed as they exchanged vows at St George’s Chapel at Windsor Castle. The prince wiped tears away as the ceremony progressed.

The nuptials weren’t all about heavy emotion, though. The newlyweds giggled when they said “I do” and during a couple of awkward moments. Harry was also caught adjusting and looking at Meghan’s ring as they sat during the ceremony. They glowed as they were pronounced officially married, and the crowd could be heard erupting in applause outside.

The pair’s vows were traditional, although Markle removed “obey” just as Duchess Kate did at her wedding to Prince William in 2011. “I Harry, take you, Meghan, to be my wife, to have and to hold from, this day forward; for better, for worse, for richer, for poorer, in sickness and in health, to love and to cherish, till death us do part; according to God’s holy law. In the presence of God I make this vow,” the groom said. The newly-minted duchess said the same vows to her husband.

The duo then exchanged rings “as a sign of [their] marriage.”