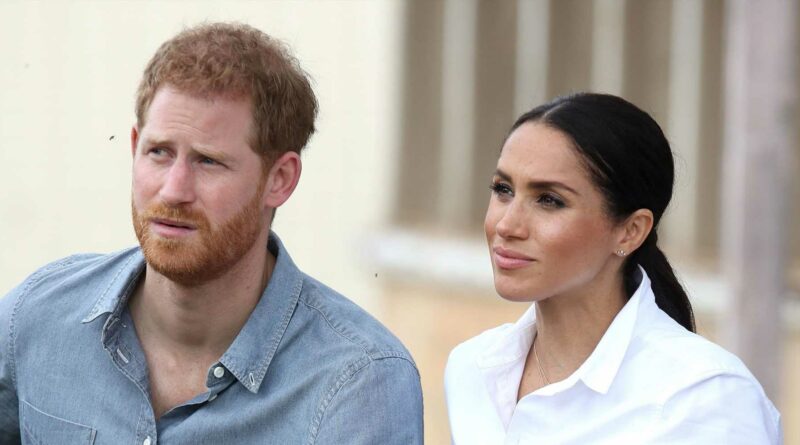 Welp, there’s a ton of new info about Prince Harry and Meghan Markle’s bombshell decision to step away from senior royal duties and move to California. According to Valentine Low’s book Courtiers: The Hidden Power Behind the Crown, excerpted in The Times, Harry hoped to have a meeting with his grandmother Queen Elizabeth in December 2019 to discuss his plans.

Valentine writes that “Harry sent an email to his father, saying that they were unhappy. The current set-up was not working for them, and they wanted to go and live in North America. Harry seemed to be under the impression that they could just sort it out by email before he and Meghan got back to London on January 6.”

Instead, Harry was told that there would need to be a “family conversation” and that everyone was busy until January 29—causing him to feel they weren’t being “taken seriously.” As a result, he reportedly tried to see his grandmother, but was told she wasn’t available. Valentine reports that “Harry was incensed” and felt courtiers were preventing him from meeting with the Queen, while a source said “There was a danger that a private conversation could be interpreted very differently by two people.”

Apparently, Harry considered dropping in on his grandmother “unannounced,” but instead he and Meghan revealed their plans to step down on January 8 after feeling “cornered, misunderstood and deeply unhappy.”

In the meetings that followed, multiple scenarios were presented—most of which involved Harry and Meghan remaining working royals in some capacity, but having more time off. However, Valentine writes that the palace wanted it clear Harry and Meghan “should not act or take decisions in order to gain financial or other material benefits for themselves, their family, or their friends.”

A palace insider said the way their departure was handled by the palace was “incompetent beyond belief,” and alleged that Meghan in particular discovered “there were so many rules that were so ridiculous that she couldn’t even do the things that she could do as a private individual, which is tough . . . It just required the decision-makers to sit around a table and say, ‘OK, what are we going to do about this? What do you need to feel better? And what can we give?’”

Another insider noted that, ultimately, exiting the Firm was very much the correct choice for Harry as well as Meghan: “There is a part of me that thinks Meghan did Harry the greatest kindness anyone could do to him, which was to take him out of the royal family, because he was just desperately unhappy in the last couple of years in his working life. We knew he was unhappy, but we didn’t really know what the solution would be. She came along and found the solution.”