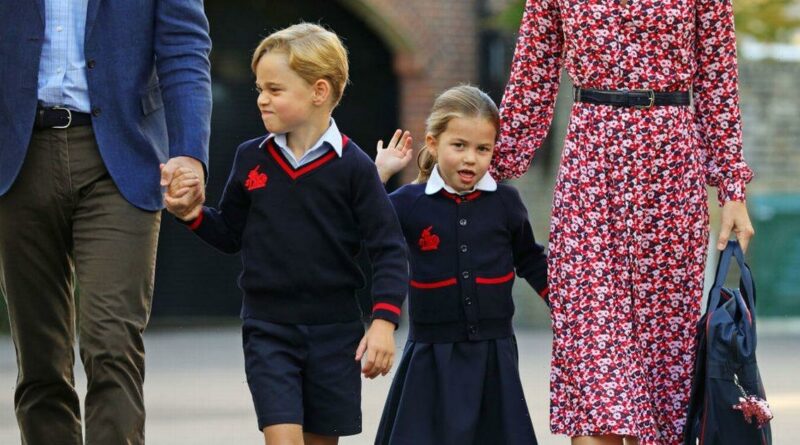 Prince WilliamandKate Middletonconfirmed that they aremoving to Adelaide Cottage in Windsor earlier this month in a statement by Kensington Palace.

The move away from London will mean thatPrince George,Princess CharlotteandPrince Louiswill be attending the same school together for the first time.

The three young Cambridges are gearing up to go to Lambrook School near Ascot in September, which reportedly costs around £19,000 a year per child.

The move means Prince George and Princess Charlotte are moving out of Thomas’ School in Battersea, but the Duke and Duchess broke tradition with that choice.

Many of George and Charlotte’s relatives, including dad William and uncle Prince Harry attended boarding school as per royal tradition.

But, Kate and William opted not to continue with the boarding school tradition and instead chose to send their kids to Thomas’ Battersea, a day school that does not even have an option to board.

When the time came to decide where to send George to pre-school, the couple opted to go with the school that seemed to be the best fit for him, even if it meant sending him further away than they might have wanted.

The two ultimately enrolled George at Westacre Montessori school in Norfolk, which was about 20 minutes from Kensington Palace.

When it came to their second child, Charlotte, to attend school, William and Kate did not push their daughter to go to the same pre-school as their son.

The pair instead opted to see what would be best for her, and ended up sending her to the Willcocks Nursery School in London.

George, Charlotte and Louis are now all heading to prep school Lambrook, which has 52 acres of grounds, where fees will cost William and Kate in excess of £50,000 a year.

They will enjoy first class facilities at Lambrook including a swimming pool, sports pitches and new £6 million academic and ICT building.

The day and boarding school offers both weekly boarding and flexi boarding for the older two – where they can opt for a night’s stay as and when they choose, but George and Charlotte will be day pupils for now.

The family will use the pretty 19th century Adelaide Cottage as their base after the Queen gave them permission to lease the four-bedroom Grade II listed cottage, which belongs to the Crown Estate.

It was built for Queen Adelaide in 1831 and is nestled just a 10-minute walk from Windsor Castle in the private Home Park.