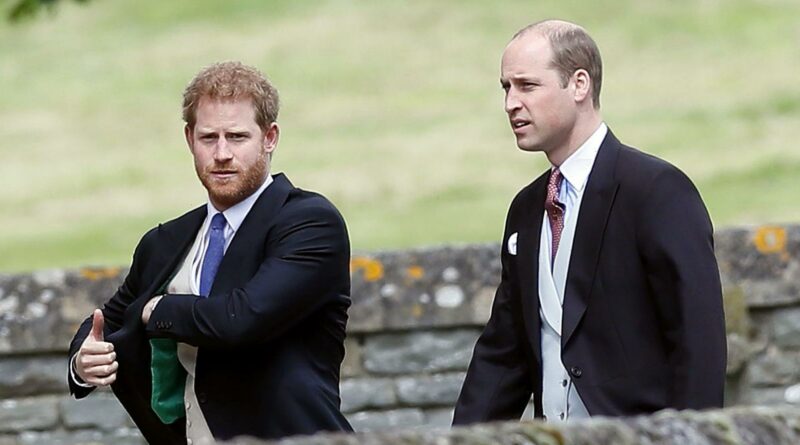 More details about where Prince William and Prince Harry currently stand have been revealed, and it turns out they argued during their late grandfather Prince Philip’s funeral in April. This news comes from royal expert and The Crown historical consultant Robert Lacey, who—in an op-ed for The Daily Mail (via Us Weekly)—said William and Harry were “at each other’s throats” as soon as cameras turned off.

“Some inching towards reconciliation seemed in progress. … But those hopes were dashed within minutes of the siblings getting inside the castle and beyond camera vision. They started quarreling again,” he wrote, adding that a family friend told him that while there was hope that the funeral would “bring the warring brothers together in an atmosphere of reflection,” they were instead “at each other’s throats as fiercely as ever.”

Lacey continued that “The rage and anger between those two has grown so incredibly deep. Too many harsh and wounding things have been said. The conflict between Diana’s two bitterly divided sons does not seem likely to end any time soon.”

Lacey also spilled some new tea in an updated version of his dramatically titled book Battle of the Brothers, saying that Kate Middleton and Prince William “told friends that they could see no point in talking to Harry, since any discussion of substance would go straight back to Meghan to be leaked out via Oprah [Winfrey] or some other tentacle of the Sussex network.”

Despite all this tension, Prince William and Prince Harry will reunite in England in just a few short days (July 1, to be exact!) for the unveiling of Princess Diana’s statue at Kensington Palace. They’re expected to walk in together but give separate speeches honoring their late mother. Here’s to hoping the unveiling goes smoothly!