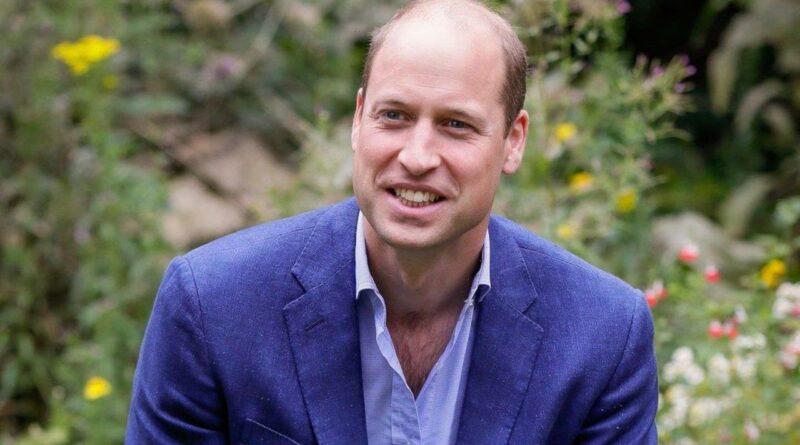 Many on Twitter call out the Duke of Cambridge for staying mum on his sister-in-law Meghan Markle’s allegations about the racist attacks she faced from the royal family.

AceShowbiz -Prince William has been catching heat after slamming racism against black English soccer players. After voicing his support for Jadon Sancho, Marcus Rashford and Bukayo Saka on social media, the Duke of Cambridge found himself being labeled “hypocrite” by internet users.

After England lost 3-2 to Italy in the 2020 UEFA European Football Championship on Sunday, July 11, the 39-year-old penned on Twitter, “I am sickened by the racist abuse aimed at England players after last night’s match.”

“It is totally unacceptable that players have to endure this abhorrent behaviour,” the husband of Kate Middleton added. “It must stop now and all those involved should be held accountable. W.” 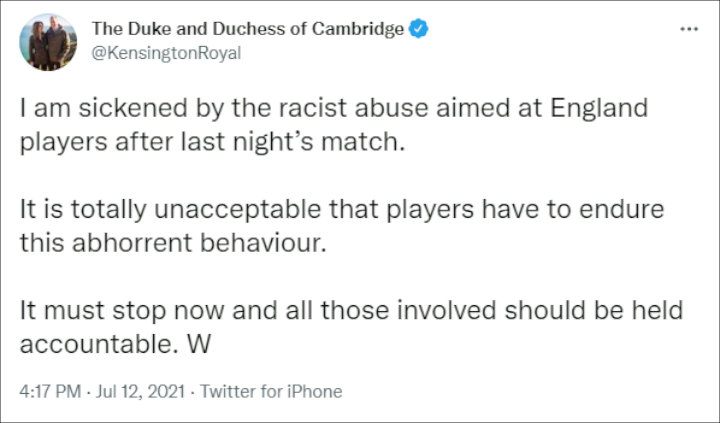 William’s tweet, however, has backfired. Many on Twitter dragged him because he could stand up for the athletes but never publicly defended his bi-racial sister-in-law Meghan Markle, who has been vocal about the racist attacks she faced from the U.K. press and within the royal family.

One in particular argued, “Willy is a hypocrite, racist and not to be trusted. Why not speak out when his brothers wife was be crucified by trashy tabs and brf? Prince William called out for slamming racism against Black English soccer stars, staying mum on Meghan Markle.”

“Prince William is a hypocrite. I’m sickened by his performative tweets abt racism. There are still 2+ year old & 4+ year old racist comments on his social media accounts abusing Archie & Meghan,” another stressed. “Comments about his alleged affair & his wife’s Botox use have been removed.”

“Aint this some s**t? Prince William rushed appalled about the racist attacks on the black soccer players. But he didn’t give a f**k about his sister- in law Meghan Markle,” a third chimed in. “F**king Hypocrite.”

Meghan got candid about the racism she experienced while living in the Palace in her tell-all interview with Oprah Winfrey. “In those months when I was pregnant … we have in tandem the conversation of ‘he won’t be given security, he’s not going to be given a title,’ ” she divulged, “[There were] also concerns and conversations about how dark his skin might be when he’s born.”