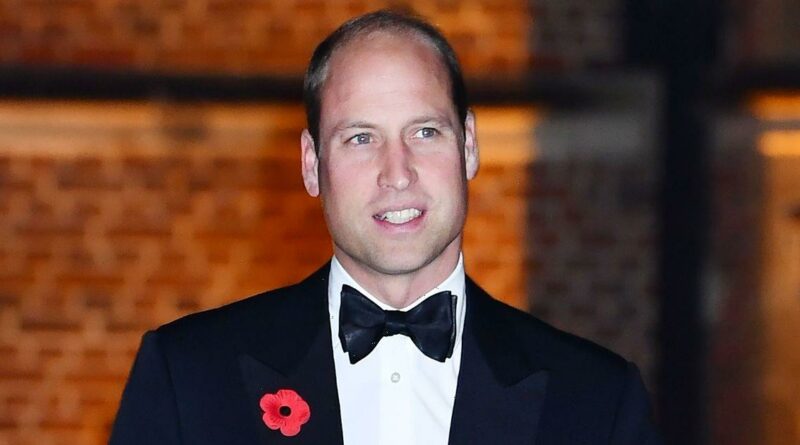 Prince William remained as professional as ever as he presented awards last night (November 1) in what was his first public appearance since The Crown confirmed its new series will show Princess Diana 's infamous Panorama interview with Martin Bashir.

The Prince of Wales, 40, attended the annual Tusk Conservation Awards, of which he is patron, in Hampton Court Palace after Netflix dropped the trailer for series five of the fictionalised royal drama which included a tease of the 1995 interview – which William had previously asked media outlets never to air again.

Describing the BBC interview as 'unethical', the Prince of Wales claimed it triggered the events that caused his mother to lose her life two years later.

Despite fans of the show initially thinking just a few seconds of the interview would be depicted, it has now been reported that it will instead be shortened to a four-minute and 23-second segment.

The Prince of Wales looked focused, though, as he attended the event in a display of stoicism, and later greeted guests including opera singer Katherine Jenkins with a beaming smile on his face. Wearing a black tuxedo with a shiny black bow-tie and a poppy on his lapel ahead of Remembrance Day on 11 November, he was professional as ever.

During the ceremony he praised the 'truly remarkable people working on the frontline of conservation in Africa today' as he presented them with awards for their work.

After helping to launch the ceremony in 2013, the father-of-three has continued to work with Tusk as it celebrates the work of conservation leaders and wildlife rangers in Africa.

This year, awards alumni from across Africa came together to attend the event in London, including Benson Kanyembo, a Law Enforcement Advisor at Conservation South Luangwa in Zambia, who helped to reduce elephant mortality rates by 66% between 2018-2020.

Another guest of honour was Edward Ndiritu, the Head of Anti-Poaching at the Lewa Wildlife Conservancy in Kenya, who has sustained a poaching level of near zero for seven years and counting across the Lewa landscape.

Addressing the audience at the awards ceremony, Prince William stressed the importance of environmental conservation despite living in "turbulent times."

He said: "It is all too easy to lose sight of how critical it is that we look after our natural world. But we must remain focused on investing in nature and the environment, protecting it for future generations.

"We must not pass on the baton to our children and grandchildren, apologising for our lack of collective action."

As the Prince of Wales remained professional while carrying out his charitable duty, royal commentator Ingrid Seaward told The Sun he is likely to be 'furious' about the revelations regarding the depiction of his late mother's interview in the new series of The Crown.

The Majesty Magazine editor-in-chief told the newspaper: "[William] said his piece when he said it should never be aired again. This is his mother and her memory they are doing this to.

"They should have listened to him. The interview has no credibility after the investigation. Everyone knows it has no legitimacy now.

"Charles will think they can say whatever they want about him but leave Harry and William out of it. He won’t give a stuff about how he comes across but just don’t attack his sons this way."

The Sun also reported that scenes will show Prince William watching the interview on TV while in his Eton uniform while Charles will be seen shouting and sobbing as she casts doubts on his ability to be King.