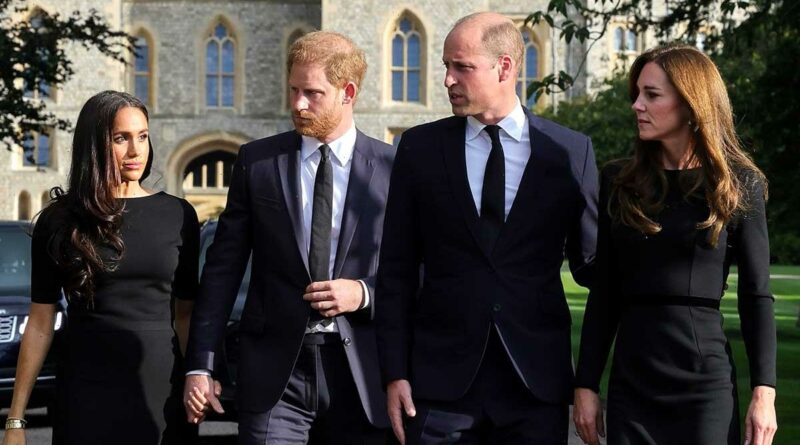 The newly anointed Prince and Princess of Wales were joined by the Duke and Duchess of Sussex for a walkabout at Windsor Castle on Saturday afternoon.

MORE: How Prince William and Prince Harry made spontaneous decision to show unity at Windsor

The group spent more than 40 minutes speaking to the crowds who had gathered at the royal residence to pay their respects following the death of the Queen earlier this week, and as his first engagement under his new role and title, Prince William clearly took the lead during the outing.

Dressed in black, the royal looked sombre as he stopped to shake hands and speak with emotional members of the public who were standing behind a barrier lining the entranceway to Windsor Castle.

All four of the royals were seen receiving flowers, gifts and hugs from the well-wishers, and when it was time to go, it was William who instructed wife Kate, brother Prince Harry and sister-in-law Meghan Markle together to wave goodbye. 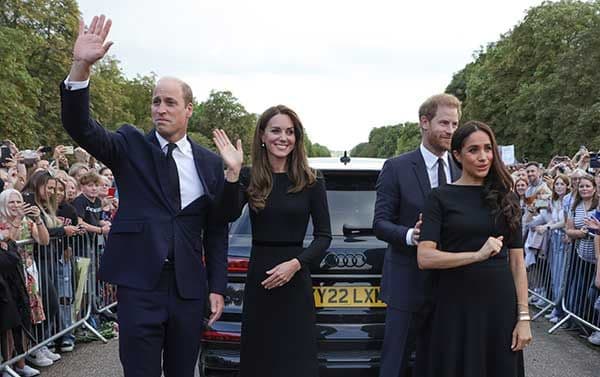 They were pictured standing behind a black vehicle – which William also took it upon himself to drive both in and out of the engagement – waving and saying their farewells to the crowds.

The walkabout was the first time William and Kate have been joined by Harry and Meghan for a public engagement since Commonwealth Day on March 9 2020. The royal couples walked separately from one another, both speaking to people on opposite sides of the crowd.

HELLO! understands that the Prince of Wales spontaneously asked his brother and his wife to join them in viewing the tributes just an hour before their appearance.

Meanwhile, King Charles III confirmed the decision to bestow new titles on William and Kate in his televised speech on Friday evening. 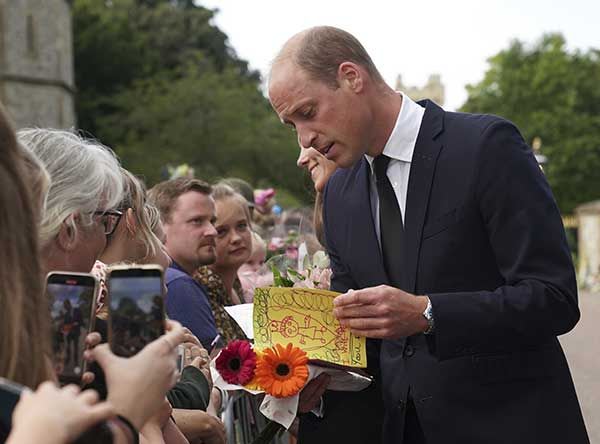 He said: “As my heir, William now assumes the Scottish titles which have meant so much to me. He succeeds me as Duke of Cornwall and takes on the responsibilities for the Duchy of Cornwall, which I have undertaken for more than five decades.

“Today, I am proud to create him Prince of Wales, Tywysog Cymru, the country whose title I have been so greatly privileged to bear during so much of my life and duty.

“With Catherine beside him, our new Prince and Princess of Wales will, I know, continue to inspire and lead our national conversations, helping to bring the marginal to the centre ground where vital help can be given.”