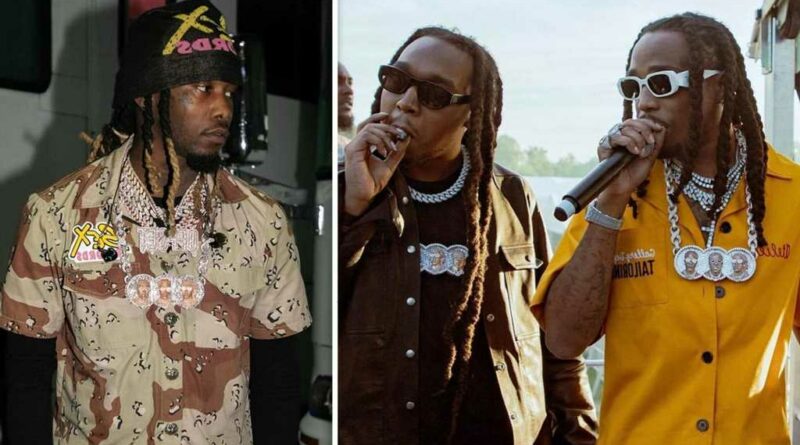 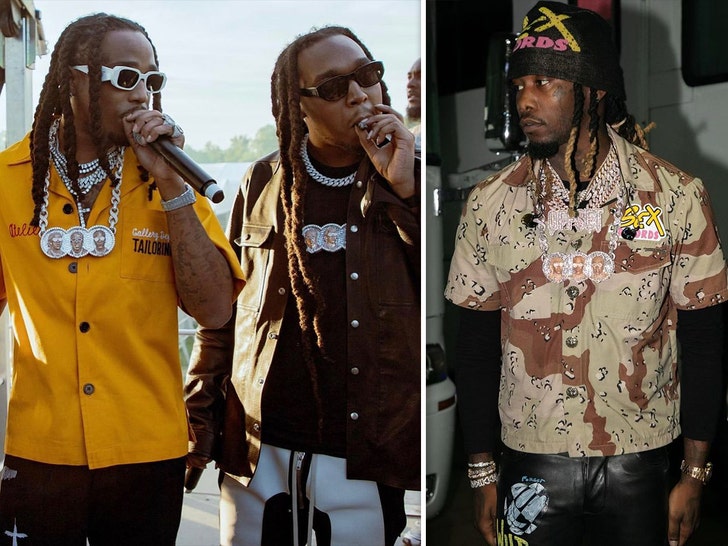 Migos are still amigos, and the proof is in the icing … ’cause Quavo gifted Takeoff a Migos chain to mark his birthday.

Quavo bought Takeoff the bling for his 28th birthday two days ago … this according to celebrity jeweler Elliot Eliantte. We’re told each group member now has matching customized chains — each chain has a picture of all 3 Migos and each member is the center of their own chain. 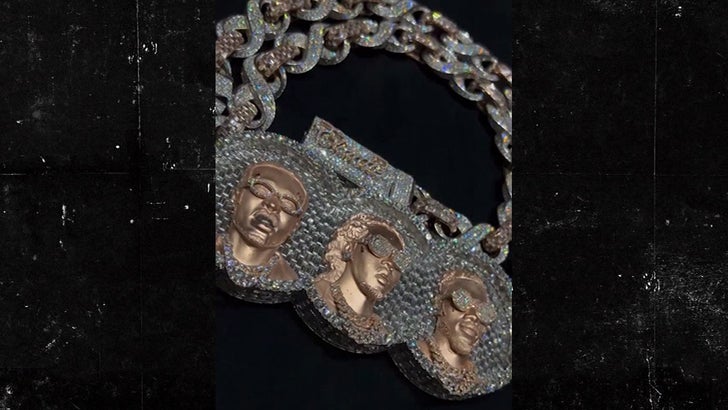 Quavo and Offset got the chain last year as birthday presents. As for Takeoff’s, Quavo spent a pretty penny on it … $350K!!!

The gift comes on the heels of rumors that the trio might have broken up … after Offset and Quavo stopped following each other on Instagram. Takeoff, on the other hand, kept following both.

At one point, our photog asked Huncho about a possible split, but he didn’t say much and instead talked about his collab with Takeoff, “Hotel Lobby”. A label rep later told us, the trio was still very much together … but they had to cancel their Governors Ball performance because of a scheduling conflict.

Well, if you didn’t believe it before … a matching group chain is certainly a clear sign they’re still one band, one sound.