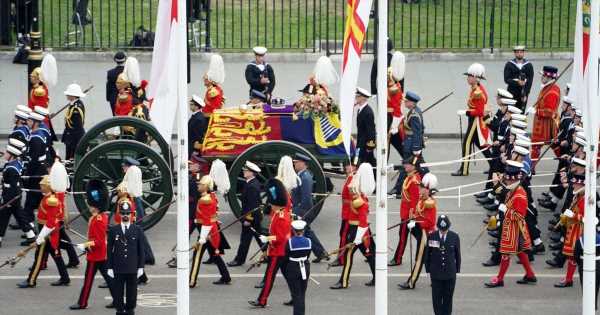 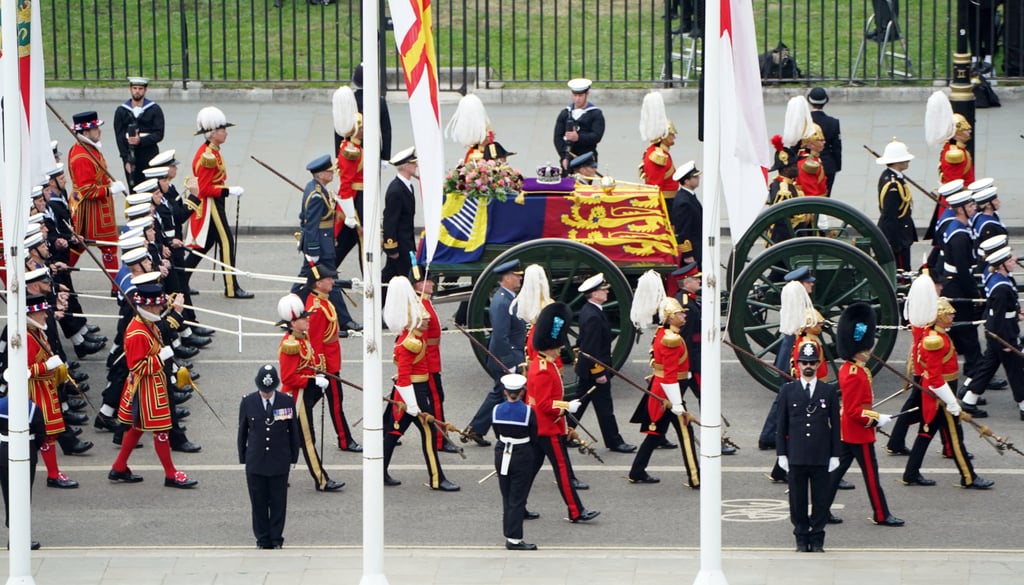 After 10 days of national mourning in the UK following the death of Queen Elizabeth II on Sept. 8 at the age of 96 at Balmoral, the monarch was finally laid to rest, Sept. 19. The queen’s state funeral, the first since Sir Winston Churchill in 1965, was attended by thousands who lined the streets to see the procession of her coffin, some having camped out for days to watch her historic final journey in person. Millions more around the world watched on TV.

The funeral took place at Westminster Abbey at 11 a.m. local time, conducted by the Dean of Westminster, with the Commendation given by the Archbishop of Canterbury, who said, “Rarely has such a promise been so well kept,” as the world remembered the longest-reigning monarch in British history. A wreath was laid on top of the coffin containing rosemary, English oak, and flowers from the gardens of royal residences, and myrtle, which had been cut from a plant grown from the myrtle used in the Queen’s wedding bouquet.