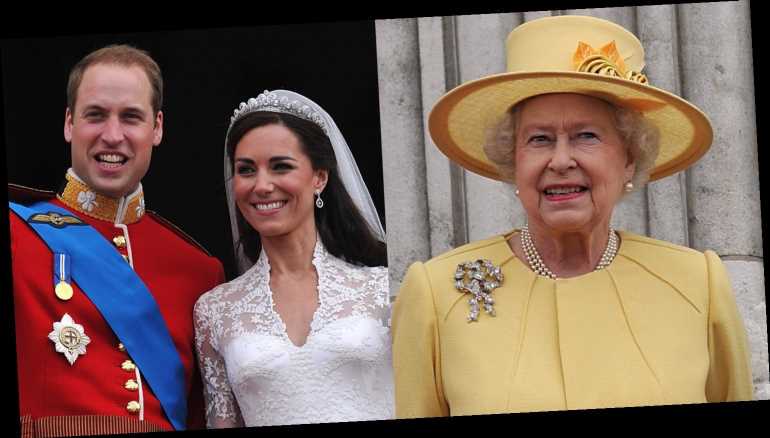 Things got a little awkward before Prince William and Kate Middleton‘s wedding!

In ITV’s new documentary The Day Will and Kate Got Married, baker Fiona Cairns recalled some of the difficulties with getting the royal couple’s wedding cake into Queen Elizabeth‘s home, Buckingham Palace.

To bring the eight-tiered, three feet-tall fruit cake into the reception venue, the baker’s team had to remove a door at the Palace.

While Fiona and the team were putting the finishing touches on the cake, Queen Elizabeth paid them a visit, and made an unexpected and awkward comment.

“I can remember her saying, ‘I hear that you’ve been dismantling my house,’” Fiona recalled in the documentary via People.

“And I said to her, ‘Well, we had to take a door down from the room below for the trolley to go through with the cake,’” Fiona continued. “But it was all put back so in the end, it was fine.”

The enormous cake, which was served at Will and Kate‘s wedding in April 2011, lasted beyond just the reception.

Pieces of the cake were served at Will and Kate‘s three children’s christenings, with it most recently being served at Prince Louis‘ christening in 2018.

Recently, Queen Elizabeth shared her thoughts on the COVID-19 vaccine.