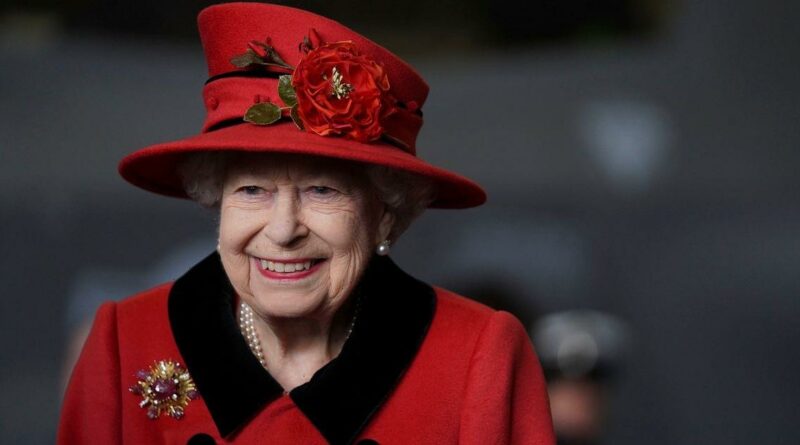 The Queen has invited Prince Harry to lunch for what will be their first private meeting since he stepped down from royal duties last year, according to reports.

Harry, who has just welcomed his second child, a girl named Lilibet Diana Mountbatten-Windsor with wife Meghan Markle, is due to fly back to the UK to attend the unveiling of a new Princess Diana statue next month.

It has now been claimed that the Queen is hoping to use her grandson's time back in England for a "chance to talk things through" and address his "strained" relationship with the royal family.

"It's a typically magnanimous gesture by Her Majesty," a courtier told the Daily Mail.

It was added that the invite by the Monarch was sent before the birth of Harry and Meghan's daughter on Friday 4 June.

The Duke Of Sussex is due to fly back from California to attend the unveiling of a statue of his mother on what would have been her 60th birthday.

Harry, 36, made the transatlantic journey in April for Prince Philip's funeral but only spoke to the Queen in the presence of other royals.

It's likely that Harry, who is known to have a close relationship with the Queen, will sit down with her to discuss the numerous bombshell accusations he has recently made about his life growing up in the royal family.

Back in March, his wife Meghan also told Oprah she was left feeling suicidal during her time as part of the family and claimed one royal raised questions over what colour her then-unborn son Archie's skin would be.

Harry and Meghan have seemed much happier since moving to sunny California last year.

Harry's brother William and his wife Kate Middleton were two of the many people who congratulated them, posting a message on social media that read: "We are all delighted by the happy news of the arrival of baby Lili. Congratulations to Harry, Meghan and Archie."