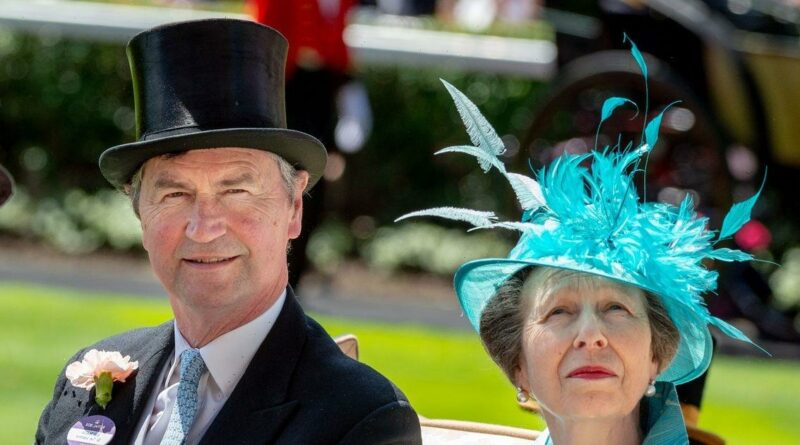 The Queen's Christmas plans have been thrown into further chaos as it is now unlikely the 95 year old monarch will spend the festive day with her daughter.

According to MailOnline, the 66-year-old retired Royal Navy Vice Admiral sent out emails on Monday to those he had been in close contact with that he had tested positive for the virus.

He is isolating and recovering from the virus at the Gatcombe Park Estate he shares with Princess Anne, the publication adds.

Her Majesty the Queen is gearing up to spend the second Christmas in a row at Windsor Castle.

This comes just days after the Queen cancelled all of her Christmas plans in the wake of the Omicron Covid variant rapidly spreading across the UK.

For decades, the royal has spent Christmas day at her Sandringham estate but will now be spending it at Windsor Castle for a second year running as a result of the ongoing pandemic.

It's believed the decision to remain in Windsor was made by the Queen herself, and was done so after careful consideration.

This will be the Queen's first Christmas without her husband, the Duke of Edinburgh, who passed away aged 99 in April.

While she's had to cancel her Norfolk plans, the Queen will still be spending the day with her family, where they will all reportedly take sensible precautions and follow any guidelines that may be in place.

The news comes after the Queen had to cancel her annual pre-Christmas lunch, which she spends with members of her extended family.

The monarch had been due to host the likes of the Duke and Duchess of Cornwall and more members of the Royal Family on December 21.

Other members of the family that were set to attend include her children, grandchildren and great-grandchildren, as well as her cousins the Gloucesters.

Similar to millions of others in the UK, members of the royal family are said to be keeping their social events to a minimum in the run up to Christmas in a bid to avoid contracting the virus.

The Queen cancelled her trip to Church on Sunday 19 December, while Kate Middleton and Prince William have reportedly "cut out all socialising" to avoid falling ill.

The Queen usually takes part in her Christmas day walkabout at Sandringham where hundreds of people travel to the royal estate in the hopes of shaking hands with the monarch, but with her no longer travelling to her Norfolk estate, it's believed this won't be happening.

One tradition that will still take place this year, as it stands, is the Queen's Christmas speech, where this year she's expected to reflect "unity forged in adversity".

This year has been undeniably difficult for the monarch following the death of her husband, the ongoing allegations Prince Andrew is facing, and the Royal Family's rift with the BBC.