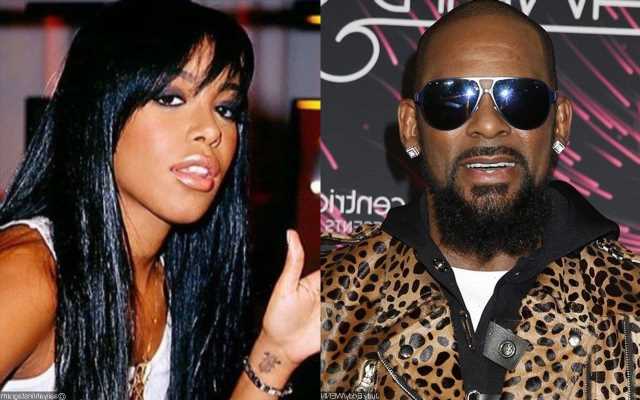 Taking the stand in the ‘I Believe I Can Fly’ hitmaker’s sex crimes trial, the woman identified as Angela claims to have met the singer at a party at his apartment in Chicago when she was about 15.

AceShowbiz -A woman who accused R. Kelly of sexually abusing her as a teenager has testified she saw the singer performing oral sex on Aaliyah when the tragic singer was 14.

The Jane Doe, who was identified as Angela in court, took the stand on Monday, September 13, as Kelly’s sex crimes trial moved into another week, and claimed she had sexual intercourse with the “I Believe I Can Fly” hitmaker, when she was a minor, on multiple occasions.

She also alleged she worked as a backup dancer for the R&B star in the early 1990s – and it was during this time she saw Kelly and Aaliyah engaged in a sexual act.

Kelly, who is on trial on charges of racketeering and violations of the Mann Act, which prohibits the transport of people across state lines for sex, has pleaded not guilty to the allegations, as well as other sex-related charges in Minnesota.

Angela – the 10th accuser to testify against Kelly during the trial – said she met the singer in 1991, when she was about 15, at a party at his apartment in Chicago. During the bash, she claims she was invited into a room and had sex with Kelly, while the singer fondled other women.

She spent every day with Kelly “for quite a few years” and eventually dropped out of high school to pursue a singing career after he told her she should focus on her talents and ditch her education.

While she worked as a back-up dancer on Kelly’s tours in 1992 and 1993, Angela was also a member of the group Second Chapter.

During her time on the stand, prosecutors showed her a photo of Aaliyah and Angela claimed Kelly introduced her to the young star in 1992, on her birthday, explaining she would be working as a background vocalist for the “Back & Forth” hitmaker.

“She was seeing what travelling road life was like,” the accuser said. “She was his protegee.”

The alleged oral sex encounter between Kelly and Aaliyah, which Angela claimed to have witnessed, took place on a tour bus.

“I saw Robert [Kelly] and Aaliyah in a sexual situation. It appeared that he had his head in between her legs and was giving her oral sex… I closed the door abruptly and pushed the girl behind me away from the door.”

Angela stopped working for Kelly in the mid-1990s, while he would illegally marry Aaliyah in 1994, when she was 15 and he was 27. The marriage was annulled the following year.