Malek, 36, will bring the energetic Mercury to life when the film, which focuses on the 15-year period leading up to Queen’s iconic Live Aid performance, goes on general release in November.

And sporting the late singer’s outfit from that special day at Wembley Stadium in June 1985, during which the band performed a six-track set list in front of 72,000 fans, he appears to have fully embraced the challenging role. 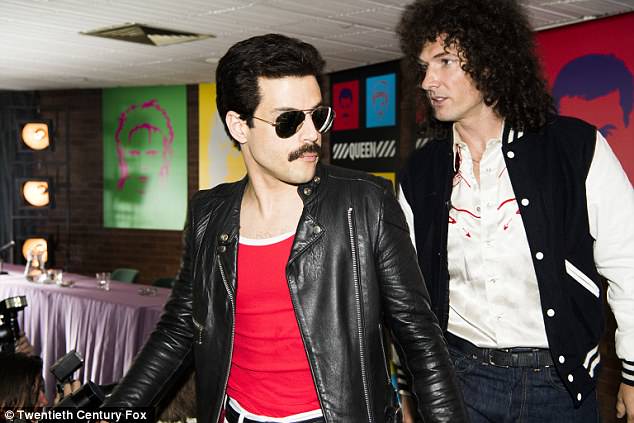 Separate images capture the actor as Mercury alongside his bandmates as they salute the crowds following their set, which culminates with a rousing rendition of We Are The Champions.

A further still released from the film shows Malek and co-star Gwilym Lee as Mercury and a very believable looking May as they attend a press conference with their band-mates.

Malek was cast as the singer following a troubled pre-production, during which British Ali G star Sacha Baron Cohen originally accepted the role before leaving the project on good terms amid concerns that his fame would prove too distracting for cinema-goers.

Rocking: The actor and his cast-mates capture the moment the band performed a six-track set list in front of 72,000 fans during Live Aid at Wembley Stadium in June 1985 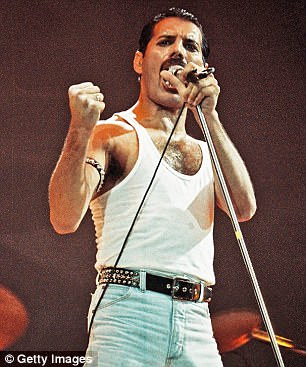 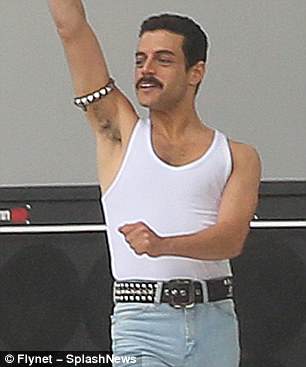 He is the champion: Malek does a good job of embracing the singer’s Live Aid look in the new biopic ahead of its release in November 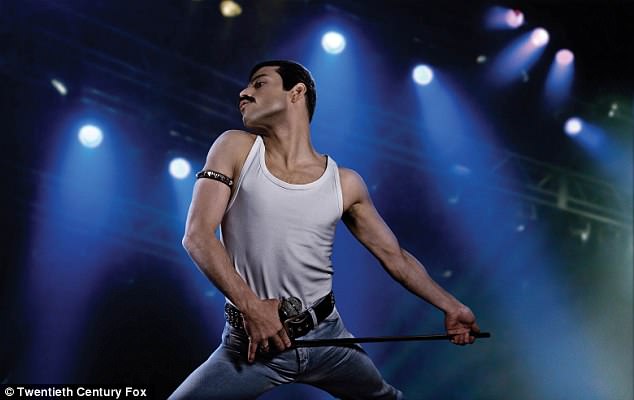 Previewing footage of the new film – including performances of We Are The Champions and Bohemian Rhapsody – at CinemaCon on Thursday evening, Malek admitted he was overwhelmed after being approached to play Mercury.

Reflecting on the enduring appeal of Mercury, who died of AIDS in 1991, he added: ‘What always had me was his ability to give people the ability to embrace their imperfections.’ 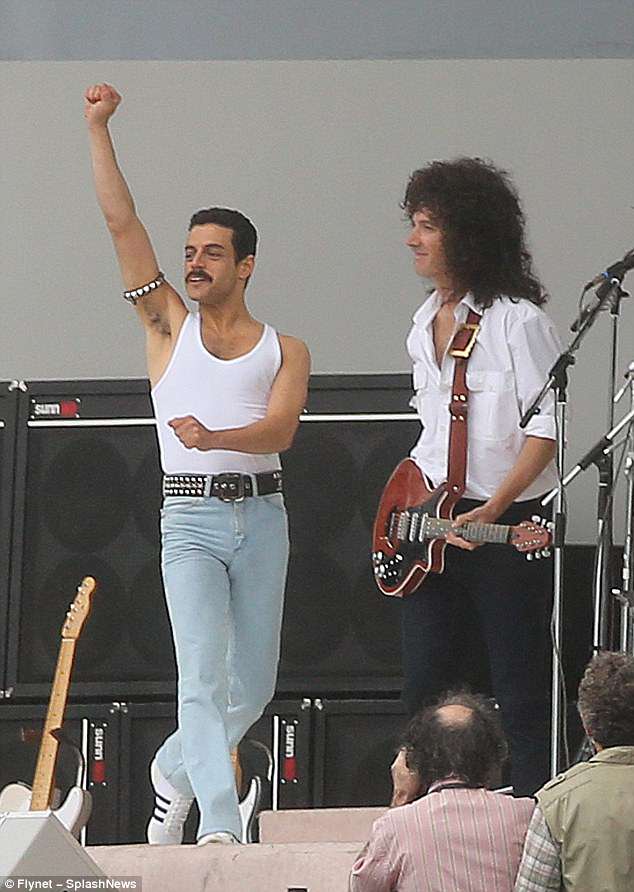 Powerful: Malek and his bandmates  salute the crowd following their set, which culminates with a rousing rendition of We Are The Champions 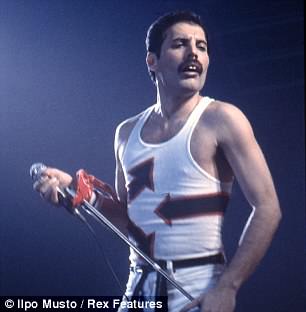 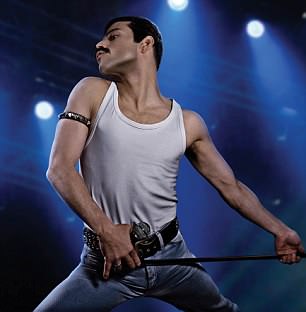 Double take: The actor is the spit of Mercury in his trademark white vest and high-slung jeans 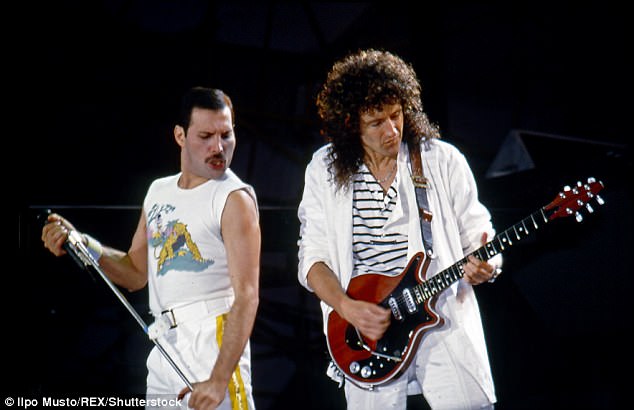 The real deal: Mercury and May onstage with Queen at Rasunda Football Stadium in Stockholm, June 1986

The movie is directed by Bryan Singer from a script penned by Academy Award nominee Anthony McCarten.