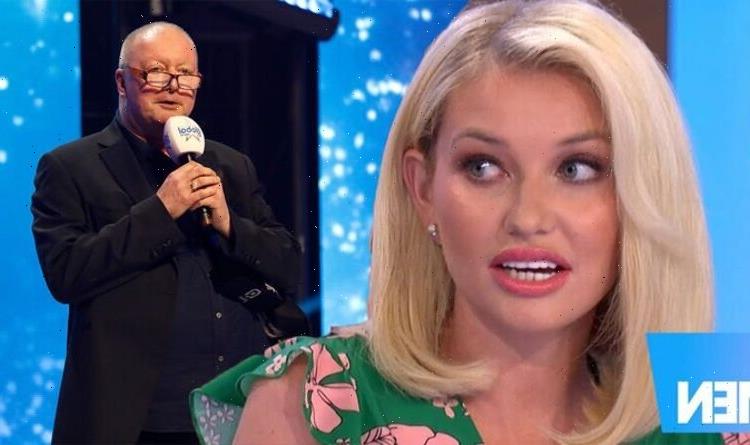 Loose Women: Amy Hart reveals she is freezing her eggs

Love Island’s Amy Hart has admitted in an exclusive interview with Express.co.uk that she found the whole premise of Steve Allen’s LBC show “really strange”. The star has also opened up about the process of freezing her eggs on a brand-new episode of the Boots Taboo Talk podcast.

Amy, 29, is not afraid to speak her mind on a range of issues and the subject of LBC’s Steve Allen is no exception.

Tilly proved to be a strong competitor, wowing the judges week after week with professional partner Nikita Kuzmin, 24, and placing sixth overall.

However, LBC radio host Steve had some rather unkind words to say about the young star, which earned him plenty of backlash from Tilly, the public and a number of other high-profile celebs.

READ MORE: Mark Labbett says The Chase USA dropped him for ‘no reason’

Speaking about Tilly’s performance in Strictly, he was heard in a clip saying: “Tilly Ramsay is on Celebrity MasterChef Australia, is she?

“She’s a chubby little thing, isn’t she? Have you noticed? Probably her dad’s cooking I should imagine.”

Tilly called Steve out for his remarks, and Love Islander Amy also condemned the LBC host, calling for him to be sacked.

However, despite many of his colleagues also calling for the star to be fired, Steve remains employed by LBC.

When asked what she thought about Steve keeping his job in the wake of the controversy, Amy told Express.co.uk: “He’s got a whole show based on just being nasty and I just find it really strange.

“‘Oh, except for – you know – if it’s going to get us great advertising revenue and stuff. ‘

‘Can’t wait!’ The Repair Shop’s Will Kirk teases move away from show [INSIGHT]

Amy previously told The Sun about her dealings with Steve, insting: “He 100% has to be sacked.

“He’s called me desperate and pointless, why is he still allowed to be on the radio?”

Revealing that a friend had alerted her to the comments Steve was making about her, Amy said: “He says I have no talent, I am lazy, that I am pointless, I am desperate etc.

“He talks about my family as well, about my mum and dad and how we are all so desperate to be famous.”

During her interview with Express.co.uk, Amy also spoke about her strong desire to become a mum, whilst also grappling with the reality that both her mother and grandmother had experienced early menopause.

Self-described as “very independent”, Amy could never be certain that she would find the right person to settle down with before her body clock counted down to zero.

With that in mind, the former Islander has since spent over £10,000 to have her eggs frozen so that, if needs be, she has the option to go it alone as a single parent.

Amy admitted that, while it was a tough process with lots of ups and downs, she has no regrets and can now feel secure in her future as a parent.

Amy discusses her fertility journey and experiences with egg freezing on the brand-new episode of the Boots Taboo Talk podcast.