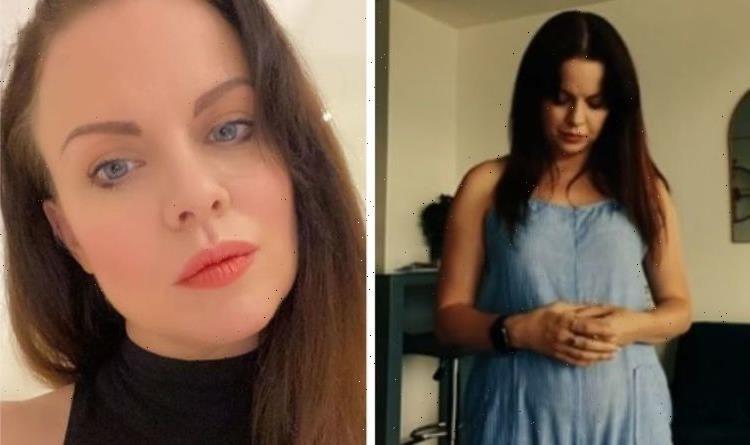 Pro dancer Joanne Clifton had spent over two years competing in Strictly Come Dancing between 2014 and 2016. Dance ran in the family, with her brother Kevin Clifton also playing a major role on the show.

As a result, when she learnt that her crippling knee pain was a result of arthritis, she burst into tears.

Although she was all smiles when she accepted her Glitterball trophy in 2016, along with her TV presenter dance partner Ore Oduba, behind the scenes she had been fighting waves of agony.

Just a year earlier, she had been in denial about the repetitive pain she was suffering – until one day she woke up with “a massive swollen knee”, and struggling to move.

Prior to that, an unsuspecting Joanne had been “laughing” about the “crackling sounds” her knees made, not realising that it was the early warning signs of a serious problem.

Now unable to ignore her pain any longer, the wake-up call led her to seek help.

An MRI scan revealed osteoarthritis, which had caused the cartilage to wear away in both of her knees – and she was warned that a knee replacement might be the only solution.

“I broke down in tears,” she confessed to the Daily Mail’s Good Health, “as dance was then my whole life”.

Though the condition is very common, affecting more than ten million people in the UK according to the NHS, that was little consolation for Joanne as she faced the prospect of dance defeat.

The 2016 final was a tense time for Joanne, as she soldiered through the pain.

“I’d been told when I was diagnosed in 2015 to avoid high-impact movements,” she recalled sheepishly.

“We’d been practising jumping all week.”

“By the Friday and Saturday, I was really struggling. I look back on that dance now and think: ‘Ooh, for the sake of my knees, why did I choreograph all that jumping?'”

By the time her final dance was complete, she was scarcely able to “hobble” towards judge Claudia Winkleman to receive her scores.

However, to her delight, the trophy was hers.

“Winning was a great feeling despite the pain,” she recalled.

However, resolving to end on a high note, she withdrew from competing after her dramatic 2016 win.

Following her Strictly exit, Joanne quickly found other projects to work on.

More recently, she has also been able to participate in Kevin’s podcasts, detailing the highs and lows of Strictly and their opinions on the action – but this time, both as spectators.

She also now stars as Morticia of the Addams Family in a touring show – and movements are adapted to her arthritis by the choreographers if the pain gets too intense.

Despite barely being able to get in and out of a car sometimes, a sharply focused Joanne is determined that her career will continue.