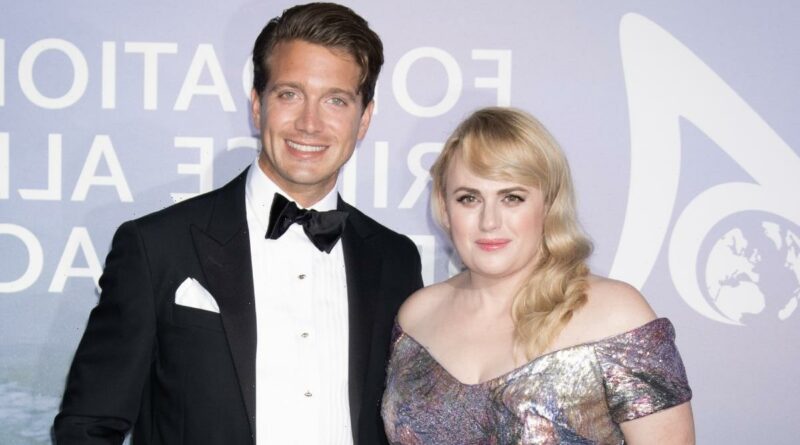 Rebel Wilson has been attracting attention from all sorts of places lately. But we’re seeing some attention come from a more unlikely source recently.

The actress posted a low-cut swimsuit selfie from her Florida vacation that got several fans riled up. One of those fans turned out to be someone with a closer relationship to the actress.

WATCH: Rebel Wilson has fun at the fair during thrill-seeking date

Rebel’s ex-boyfriend, Jacob Busch commented as well, simply responding with a couple of cheeky flame emojis to the picture she captioned, “I’m stronger up against the ropes.”

Fans quickly noticed the comment and started their own reply chain underneath. “You missed your chance,” one wrote, which another replied to with a, “Maybe not,” and a shrug. One hoped this signalled an eventual reunion, writing, “he is a Midwest boy and a Cards fan, he’s never out! We can hope!”

Rebel did like the comment, and it’s clear that there’s still plenty of love between the two. She commented with some flame emojis herself on a recent shirtless picture of his.

The actress is currently enjoying a well-deserved break in Florida after wrapping up filming for her upcoming film, Senior Year. The movie sees Rebel plays a woman who, having just woken up from a 20-year coma, tries to recapture the magic of her years in high school.

The swimsuit picture in question, showing the star off on her post-filming break

The film will be set between 1997 and 2017 and tells the story of Ruby, the most popular girl in her high school who wakes up after a 20-year coma only to realise her life has passed her by.

The Pitch Perfect star has been sharing several pictures from set and in costume, including one with Mare of Easttown’s Angourie Rice, who’ll probably be playing the younger version of Rebel’s character, Ruby at 17.