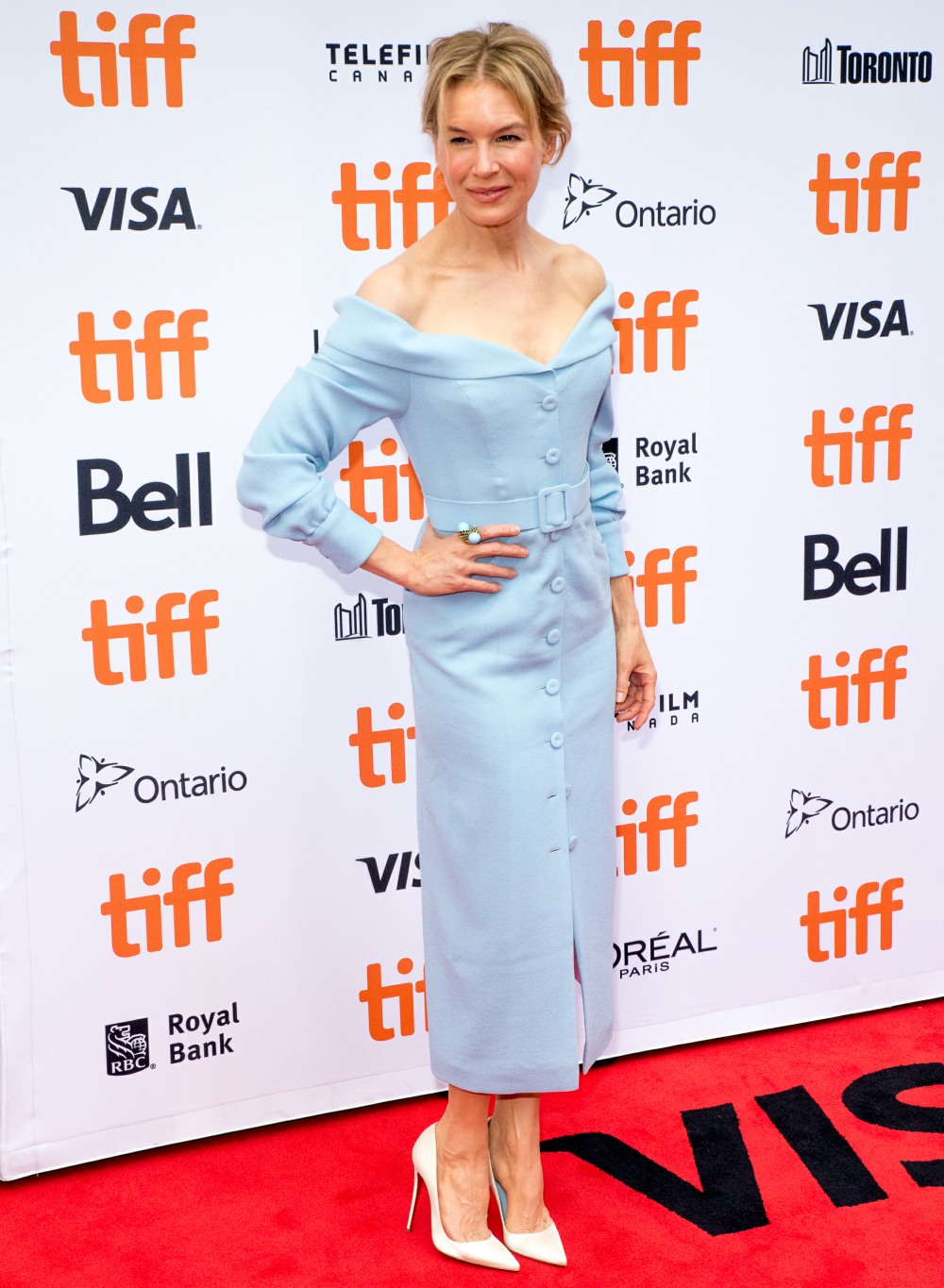 Here are some photos of Renee Zellweger at the TIFF premiere of Judy, the movie about the last year of Judy Garland’s life. For the premiere, Renee wore this buttony Ulyana Sergeenko dress which… I mean, the Duchess of Cambridge would love this, right? It feels very Kate. It feels very Renee too. Not my vibe, but whatever.

Anyway, I’ve been waiting to see what the critical reaction to Judy would be, because I was judging it harshly from the photos and the first trailer. The photos of Renee in Judy-drag are horrendous, and the trailer seemed… awful, to me at least. But apparently critics at TIFF love the movie and they’re trying to make “Renee has Oscar buzz for playing Judy Garland” into a thing. Really?? Really:

Critics seem to be uniformly raving about Renee’s performance in particular, especially since she carries the film and it’s all about JUDY of course. Whatever. If she wins an Oscar for this, I’ll eat my hat. She could manage to get an Oscar nomination though, depending on what the Best Actress field looks like in late December.

Meanwhile, Renee recently told a story about how she overheard a man talking about her plastic surgery around 2014:

On particularly “painful” moment came when she was on the London subway and a man sitting next to her started talking to the two women he was with. “They were talking about Hollywood and how Hollywood ladies are so silly, especially that Renée Zellweger,” Zellweger, now 50, told SiriusXM’s Jess Cagle during a Town Hall session. “How could she do that? Why would she go and have surgery on her face like we wouldn’t know? She doesn’t look like herself, and you can’t just do that where you go and don’t look like yourself, ‘cause we expect you to look like yourself,” Zellweger recalled the man saying.

“And I thought, ‘Wow, that’s interesting. Anyway, here’s my stop,’ ” Zellweger continued. “So I get up and I stand next to the door waiting for it to open and the man is still talking about how stupid I am. And he looked up and he said, ‘Oh God, you’re not — you are! Oh my God, but you look just like yourself!’ And I said, ‘Yeah, it’s funny how that works, isn’t it?’ “

Zellweger said the moment stung, but she was able to move past it without letting it affect her daily life. “It’s only momentarily where you go, ‘Jeez, wow, that’s pretty painful.’ But I don’t live in that,” she continued. “It just visits my life here and there and I’m not really privy on that stuff until someone sends it to me. I don’t seek it out.”

I don’t really understand the purpose of that story? Like, Renee truly looked radically different and I will forever believe that she went under the knife to achieve that look. But it feels like Renee wants us to 100% believe her vaguely worded denials about the obvious surgery, and not only that, we should feel sympathy for her because she overheard someone making a valid point about plastic surgery? It’s strange. 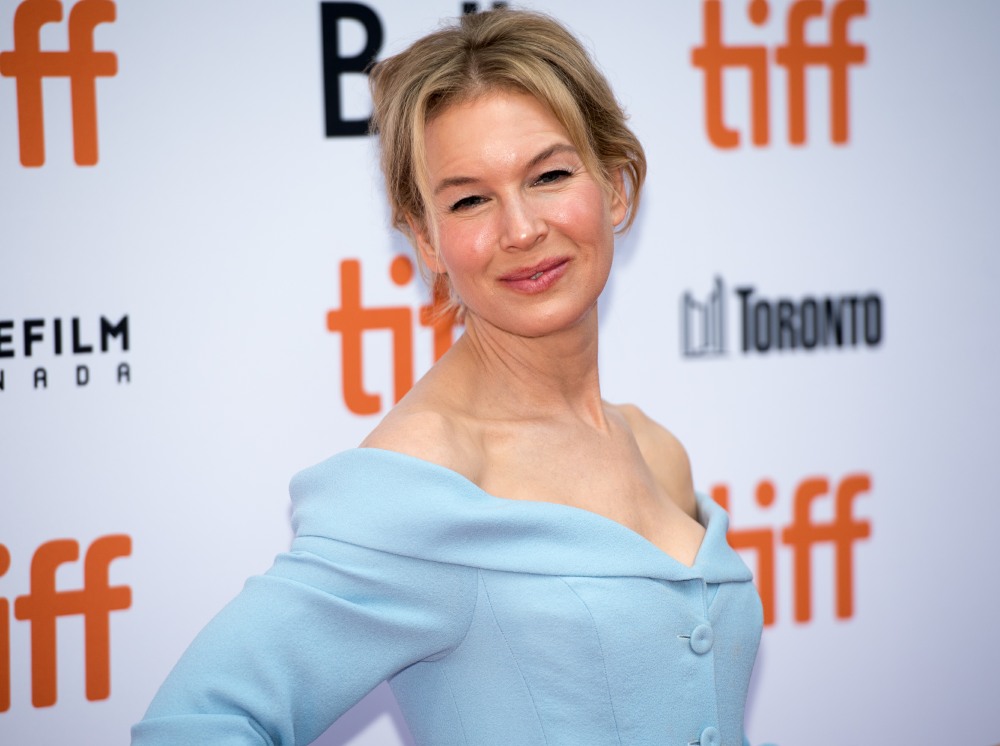