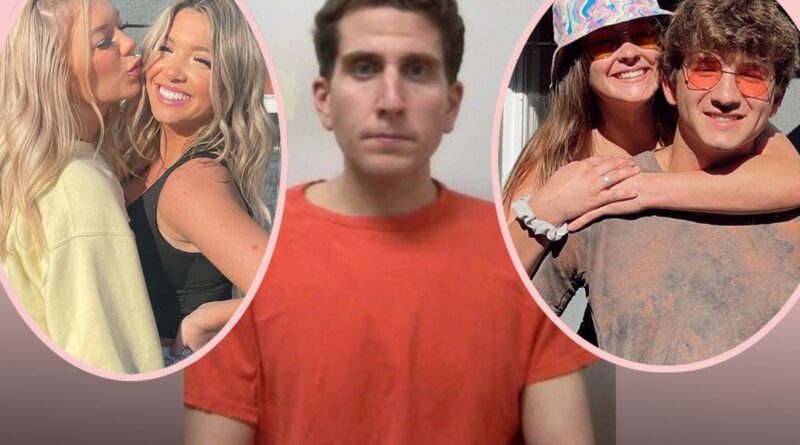 Last week we were pleasantly surprised when police went from no known suspect at all to making an arrest in the University of Idaho murder investigation.

On December 30, a team of FBI and local cops took a 28-year-old named Bryan Kohberger into custody. But how did they catch him? What connected the Washington State University grad student to the grisly murders of Kaylee Goncalves, Xana Kernodle, Ethan Chapin, and Maddie Mogen?? We’ve heard some inside sources (or friends of sources) mentioning DNA and more recently phone records. But the Moscow PD themselves have remained tight-lipped — until now!

Kohberger was extradited to Idaho on Wednesday night, so he could finally be presented with the probable cause affidavit for his arrest — meaning the affidavit would finally be made public! We’ve been waiting on this…

So what led the cops to Bryan in the first place?

You won’t believe how they got this guy’s DNA. The criminology PhD student apparently got really sloppy. While the police haven’t found the murder weapon, a fixed-blade combat knife, they did find at the scene… a “tan leather knife sheath.” Yeah. He left his knife sheath. It’s unclear if it fell off in the struggle or what, but WOW what a clue!

That’s where the DNA we’d heard about came from! It was from the sheath! The affidavit explains:

“The Idaho state lab later located a single source of male DNA left on the button snap of the knife sheath.”

OK, so the DNA story was accurate. But the genealogy part wasn’t accurate. We’d heard authorities used public DNA databases — you know, from ancestry websites — to find Bryan. They actually got a match a lot closer to home. Literally.

We know once they had Bryan as a suspect, they spent days staking out his parents’ home in Albrightsville, Pennsylvania — where he’d driven with his father in late December — before making the arrest. According to the affidavit, at that time, cops got the trash from the house and were able to confirm pretty accurately that Bryan’s father was the father of the man whose DNA was on the sheath. Per the report:

“At least 99.9998% of the male population would be expected to be excluded from the possibility of being the suspect’s biological father.”

That’s pretty conclusive. But that’s far from all.

The cell phone story — you know that a woman heard from a Pennsylvania cop who spilled to her husband? About Kohberger seemingly stalking the victims long before the murders? That was true! According to the affidavit, Bryan’s cell phone data showed he was at or near the house where the murders would eventually be committed at least 12 times from June to November. All but one of those instances was late at night. It definitely sounds like stalking to us. And for five months?! Chilling.

As for the night of the murder, it seems Kohberger knew at least to turn off his phone during the actual crime. His cell phone was at his residence in Pullman, Washington at 2:47 a.m. but then disappeared from any network until 4:48 a.m. when it popped up in Blaine, Idaho — a bit south of Moscow. Considering the murders were estimated to have taken place some time between 3 and 4 a.m., that seems to fit perfectly. Kohberger’s phone then hit the Pullman network again at 5:30 — which the affidavit notes was “consistent with the phone traveling back to the Kohberger Residence.”

OK, so now we finally know why IDing the car was so important. It got spotted A LOT.

According to the affidavit, the white Hyundai Elantra driven by the suspect can be seen in multiple videos in Moscow on the night of the murders, between the hours of 3:29 a.m. and 4:20 a.m. Investigators say it was seen passing the house three times before the murders. Then afterward it was filmed by multiple cameras leaving the area “at a high rate of speed.”

Investigating traffic cameras in the area, based on the direction they saw the Elantra heading, police were then able to find the same car on the WSU campus. It was caught on cameras leaving at 2:44 a.m. and returning around 5:25 a.m.

No wonder the cops were brushing off other tips and focusing on the car! It was so sus! But this last one you won’t believe…

Yeah, you read that right. Someone saw him.

Remember, two roommates survived the attack. There was a lot of confusion over how these girls could have slept through the murders, and it turns out they didn’t! Not completely.

The affidavit reveals one of the roommates woke up after hearing some noise and crying and opened her door in the early morning hours. She told police she “saw a figure clad in black clothing and a mask that covered the person’s mouth and nose walking towards her.” OMG! How terrifying!

Thankfully for her the man walked right past her and out the sliding glass door. She went back into her room and locked the door — and apparently went back to sleep. She didn’t call the police, she didn’t investigate. Whether that’s because this was a known party house, we have no idea. But she clearly had no idea he was escaping the house after committing multiple murders. Remember, the 911 call wasn’t placed until the next morning at 11:58 a.m.

However, the roommate did get a good look at the guy, apart from what was under the mask. She described him as “5’10” or taller, male, not very muscular, but athletically built with bushy eyebrows.” And yes, that description fits Kohberger perfectly.