Robert Redford and Dustin Hoffman were Washington Post journalists in All The President’s Men, the 1976 classic about the Watergate scandal.

This year, Meryl Streep and Tom Hanks played the publisher and editor of the paper in The Post.

There are no movies of the same calibre about the New York Times. Its journalists are not portrayed by Oscar winners.

And that’s because, great newspaper though it is, the NYT has never been instrumental in forcing a U.S. President to resign, as the Post was with ‘Tricky Dickie’ Nixon. 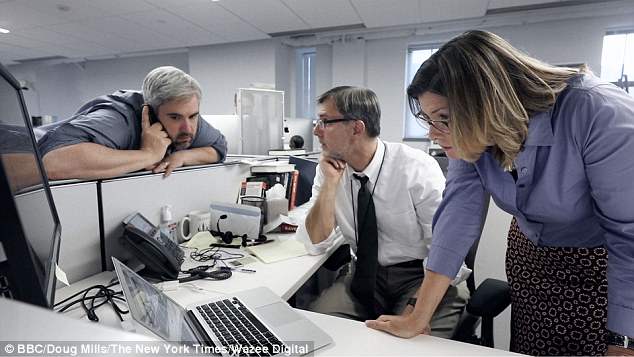 As the cameras hovered around the dishevelled desks and chaotic open-plan offices of the paper, in the first episode of this four-part documentary, the rivalry between the papers was as intense as it was one-sided.

From the city desk all the way to editor Dean Baquet, staffers did not try to hide how much they wanted to oust Donald Trump from the White House — not just because his every utterance horrified them, but to equal the Post’s most noted achievement.

Trump famously despises the NYT. It has mocked him for nearly 40 years, throughout his decades of shady property deals and disastrous divorces.

With his knack for a stinging epithet, he labels the paper in his tweets as ‘the failing NYT’.

One of the surprises of this film was that they are still on speaking terms. 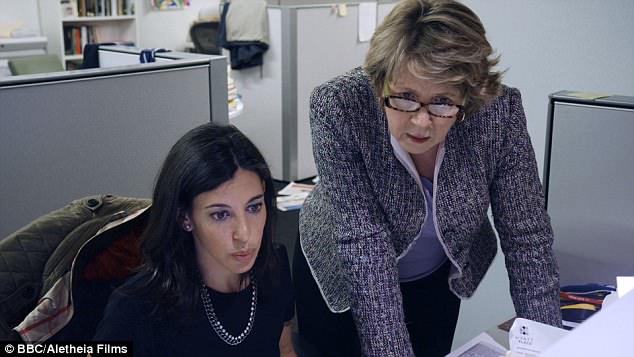 The President phoned the paper’s ‘Trump Correspondent’ Maggie Haberman on her mobile, for a chat on and off the record, after he suffered a defeat in Congress, the U.S. parliamentary chamber.

He even gave her a trademark quote — ‘it’s enough, already!’ — which she had to publish instantly on Twitter for fear that he would go away and say exactly the same thing to one of her rivals.

No doubt, The Donald will watch this series and be delighted at the confusion and panic provoked by his style of government.

He’ll see the political bias that he always insisted was there: watching Trump’s inauguration, one of the reporters muttered: ‘The pitchfork folks have won.’

But he will also see an organisation that is implacably intent on uncovering the truth about his alleged links to Russia. It will do it the old-fashioned way, with painstaking investigation and dogged fact-checking. 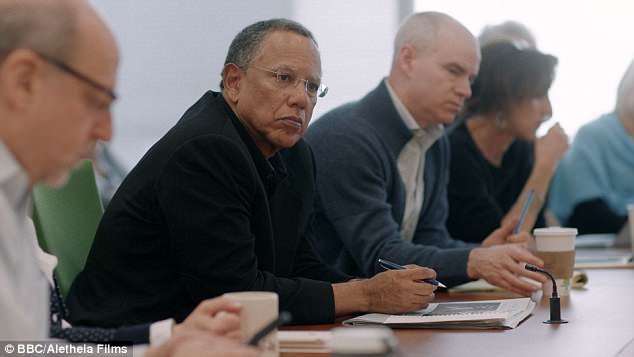 Right now, the NYT is a long way from the Hollywood finale. Stars are not clamouring to play Haberman and Baquet. But they might soon be.

If the movie happens, let’s hope it isn’t shot on handheld cameras that lurch giddily around the newsroom, as they do in this documentary.

Far better to aim for the light-drenched, kaleidoscopic patterns of The Handmaid’s Tale (C4), easily the most beautiful drama currently on television.

This dark fantasy in which religious extremists control America, based on Margaret Attwood’s 1985 novel, seems more and more a searing critique of Trumpland. 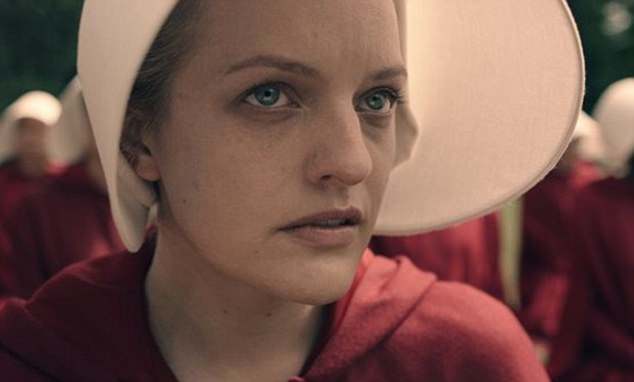 Far better to aim for the light-drenched, kaleidoscopic patterns of The Handmaid’s Tale (C4), (pictured) easily the most beautiful drama currently on television, writes Christopher Stevens

At the end of a week which brought revelations of children torn from their parents’ arms by guards at the Mexican border, The Handmaid’s Tale could not be more timely.

Elisabeth Moss is exceptional as Offred, a sex slave used by the elite, who is kept alive by her determination to find the daughter taken from her.

And this episode ended on a stunning cliffhanger. Simply perfect TV. 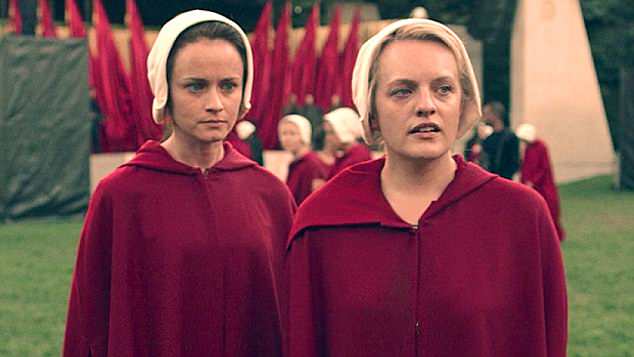 This dark fantasy in which religious extremists control America, based on Margaret Attwood’s 1985 novel, seems more and more a searing critique of Trumpland, writes Stevens