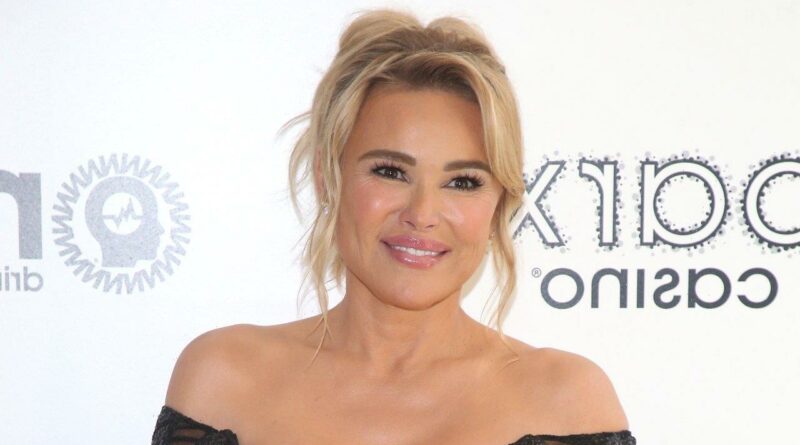 AceShowbiz -“The Real Housewives of Beverly Hills” newbie Diana Jenkins has addressed her controversial remark during an online feud with a woman who runs a Bravo fan account. Making use of her Instagram account, Diana issues apology for offending people after calling “Philly Diva” Kristen Dionne “a Black content creator.”

On Friday, June 17, Diana wrote on Instagram that her co-star Crystal Kung Minkoff woke her up as she was “screaming at me demanding to know what I meant by this comment.” She went on to explain, “I assumed ‘Black content creator’ was a title referring to a page that would be focused on snarky content. I copied the term because I thought that’s what it meant. I didn’t realize it was referencing to you as a Black woman and a content creator.”

Diana, who was born and raised in Bosnia and Herzegovina, continued, “Please understand i am not from this country @philly.diva so deeply sorry. I’m devastated that this was taken to mean something racially insensitive. I understand now why it was taken that way and that was never my intention. I am truly sorry.”

Dionne, however, claimed that she never received the apology because the reality TV star allegedly blocked her.

Diana and the Instagram fan account started their online back-and-forth on Thursday after the latter reposted a photo of a much-younger Diana next to a recent picture of her. The account pointed out how much Diana’s face changes over the years.

Defending herself, Diana wrote in the comments section, “That picture was actually taken At UCLA law school talking about war crimes in my country and setting up human rights clinic that i financed Before war criminals were brought to justice.” She continued, “I was probably 20 or 30 Pounds skinnier and having glam was last thing on my mind. Also looks like picture is manipulated. But shame on you!!!! You and your bulls**t shopping!!!”

To that, Dionne wrote back, “Holy [poop emoji] you had time today!! But the fact is…. both pics are you. However neither of them look alike! Welcome to the bravo-sphere!” Additionally, she urged Diana to “keep that same energy with the rest of Instagram that thinks you have no storyline and should be fired. But shout out to my brand new page!” Diana clapped back, “It can’t feel good being a Black content creator.”

Her last comment unsurprisingly gained people’s attention in no time. “This is soooo out of line. Bravo needs to see this,” one person commented. “I truly hope this gets back her comment was distasteful and out of line. She’s [email protected]! She just exposed her hand.”

Someone else noted, “Wow! being a housewife, the audience generally weighs in since it’s for our entertainment. Memes are the smallest thing. It may not feel good, but i can’t imagine resulting to racism?? What the hell was that comment???” Some others, meanwhile, tagged “Real Housewives” executive producer Andy Cohen.