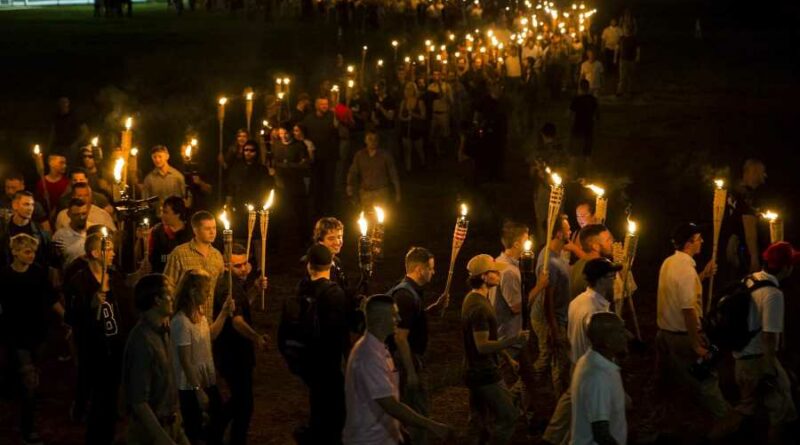 A jury on Tuesday awarded nine victims more than $25 million in punitive damages in a lawsuit filed against white nationalists who participated in the 2017 “Unite the Right” rally in Charlottesville. Defendants — including Richard Spencer, Jason Kessler, and Christopher Cantwell (also known as the “Crying Nazi” ) — were found liable for civil conspiracy in connection with the rally that turned deadly, a jury ruled on Tuesday.

The jury was deadlocked following the month-long trial on two federal claims against the defendants, which addressed whether they conspired or had knowledge of a conspiracy to commit racially-motivated violence. The jury could not reach a verdict on either of these claims, but it did find the defendants liable for over $26 million in damages. Defendants including Spencer, Kessler, and Cantwell were found liable for $500,000 each, while the jury found five organizations liable for $1 million each, CNN reported.

This case was the first lawsuit in recent history to use the 150-year-old Ku Klux Klan Act, a federal law put in place following the Civil War to protect freed slaves from white supremacist harassment and violence.

The “Unite the Right” rally took place in August of 2017. Hundreds of members of the alt-right came to Charlottesville to protest the planned removal of a statue of Confederate Gen. Robert E. Lee. The night before the rally, white nationalists visited the University of Virginia campus where they carried tiki torches and chanted, “Jews will not replace us,” before engaging with counter-protesters. At the rally in downtown Charlottesville the next day, James Alex Fields Jr. drove his Dodge Charger into a crowd of pedestrians at high speed, killing anti-racist protester Heather Heyer and injuring dozens of others. Fields was convicted of murder and is currently serving a life sentence.