Rihanna looked stunning when she showed up to The Nice Guy restaurant in a dazzling outfit that included a brown jacket over a floral patterned green dress that accentuated her figure.

Rihanna, 33, was looking incredible during her latest outing! The singer enjoyed dinner at The Nice Guy restaurant in West Hollywood, CA  on Apr. 10 while wearing a green mini dress that had a floral pattern on it underneath a brown shearling coat. She also wore matching green heels and a matching stylish head scarf. 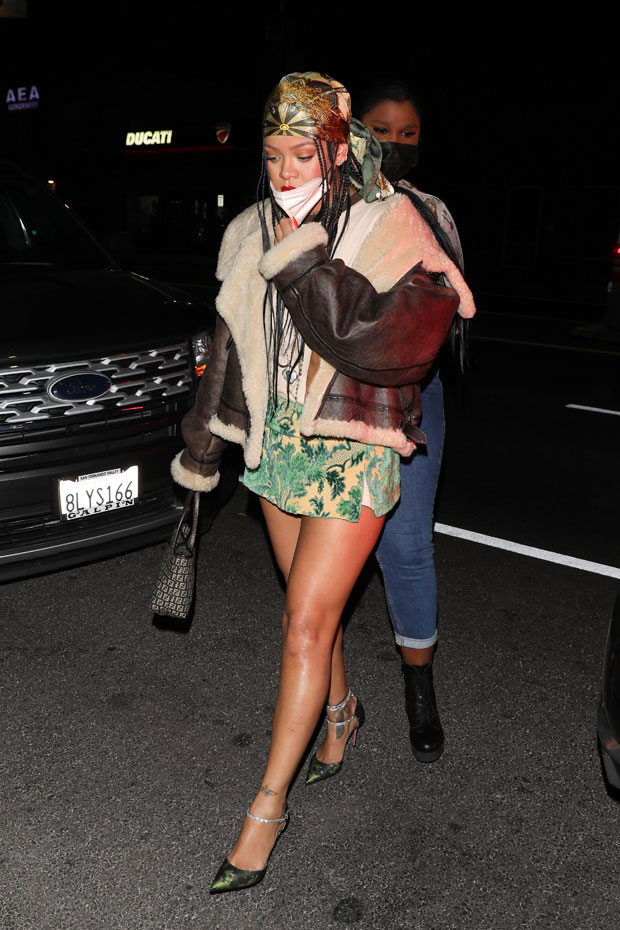 The beauty accessorized her look with diamond anklets around her ankles and stud earrings in her ears. She also carried a designer purse and brought out her features with makeup that included bright red lipstick. She was all smiles while walking by photographers and appeared relaxed for the evening as she stayed safe in a white face mask. 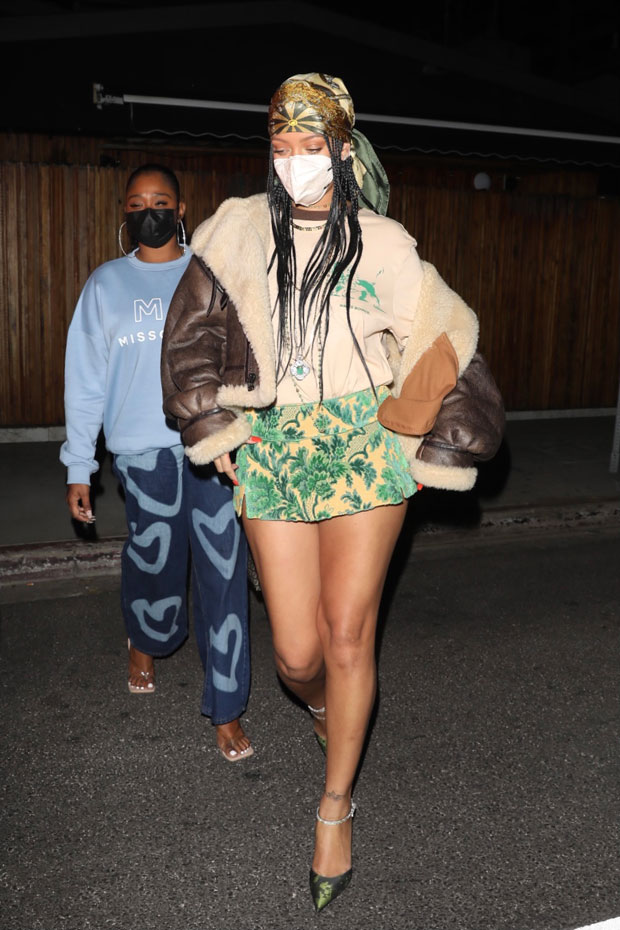 Before her latest outing, Rihanna made headlines for crashing a fan’s birthday party in the sweetest way. A video from the bash went viral and showed RiRi dancing by a table while holding up a phone and wearing a red blazer and jeans. She was smiling and talking to the fan, who was sitting at a table in what looked like a restaurant while looking absolutely in awe of her presence.

Details about the event were revealed when the birthday girl’s best friend, Nini, explained what happened in a TikTok video. “So we’re at dinner, right? And we see her, she’s sitting across from us,” she explained in the video before saying she “walked up to her table” and asked the “Stay” crooner if she could take a pic or say hello to her BFF. “She was like, ‘Go back to the table and say I said ‘no.’ But when the cakes comes out, I’m going to walk up to the table and surprise her.”

“So thats literally exactly what she did,” Nini continued, who also gushed that Rihanna was so “nice” about everything. “As soon as the cake was coming to the table, she followed our waitress,” she said.

When Rihanna’s not wowing people with her outfits or surprising fans, she’s keeping fans on their toes about new music. She recently revealed she might release a new song soon in an answer to a fan on Instagram. “I think I should. just 1 tho lol,” she wrote when the fan suggested she should.