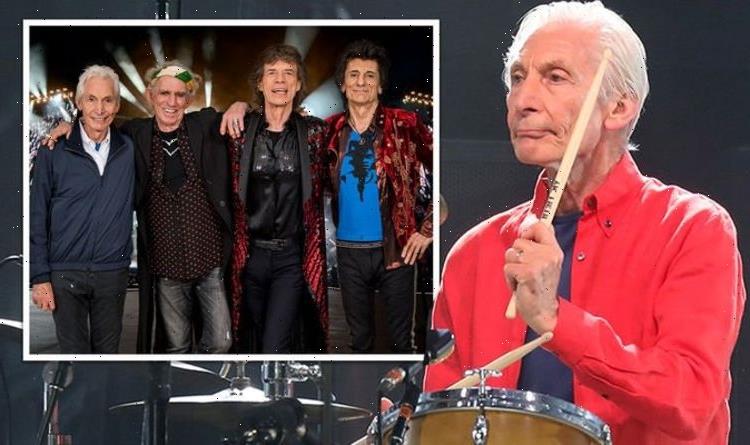 The Rolling Stones drummer Charlie Watts has had to undergo a procedure this week which was “completely successful”, but has unfortunately left him unable to take part in the band’s upcoming tour in American. The musician, who turned 80 in June, stepped down on the advice of his doctors, revealing that his recuperation may “take a while”.

In order to avoid delaying the tour any further, Charlie has asked musician Steve Jordan to replace him.

“For once, my timing has been a little off,” Charlie said of the disappointing news.

Earlier this morning, the band announced that the tour, which was previously postponed for a year due to the coronavirus pandemic, will still go ahead.

“We’re sure you’ll all join us in wishing Charlie a speedy recovery,” the band tweeted, in view of their 3.4 million followers.

“All 2021 tour dates will go ahead as planned,” the caption continued alongside a statement.

“Charlie has had a procedure this week which was completely successful, but I gather his doctors this week concluded that he now needs proper rest and recuperation.

“With rehearsals starting in a couple of weeks it’s very disappointing to say the least, but it’s also fair to say no one saw this coming,” a spokesman for the drummer said.

Charlie added: “I am working hard to get fully fit but I have today accepted on the advice of the experts that this will take a while.

“After all the fans’ suffering caused by Covid I really do not want the many fans who have been holding tickets for this tour to be disappointed by another postponement or cancellation.

“I have there asked my great friend Steve Jordan to stand in for me.”

Grammy Award-winning Steve, 64, said it was an “absolute honour” to keep his seat warm.

“It is an absolute honour and a privilege to be Charlie’s understudy and I am looking forward to rehearsing with Mick [Jagger], Keith [Richards] and Ronnie [Wood].

“No one will be happier than me to give up my seat on the drum-riser as soon as Charlie tells me he is good to go.”

Many took to the comments section of the post to wish Charlie well.

“Awhh there is so much love and respect in this message I may cry. Get well Charlie!” another added.

“Can’t imagine a Stones gig without Charlie. The heart of the band. Get well soon,” a third remarked.

However, other fans called for the tour to be delayed.

“Postpone. It won’t be the same with Charlie,” one person wrote.