Rose McGowan is mourning the loss of her friend Anthony Bourdain. The Charmed alum posted an emotional video after news broke that the celebrity chef died from an apparent suicide at age 61 on Friday, June 8.

“Anthony I am so mad at you,” McGowan, 44, tweeted alongside a clip of herself sitting on the floor and crying. “You were so loved, the world is not better without you. I have a message for those considering suicide as a solution to a temporary problem. Please call a hotline. Please reach out. Asia [Argento] needed you, Anthony. We needed you. Please come back.” 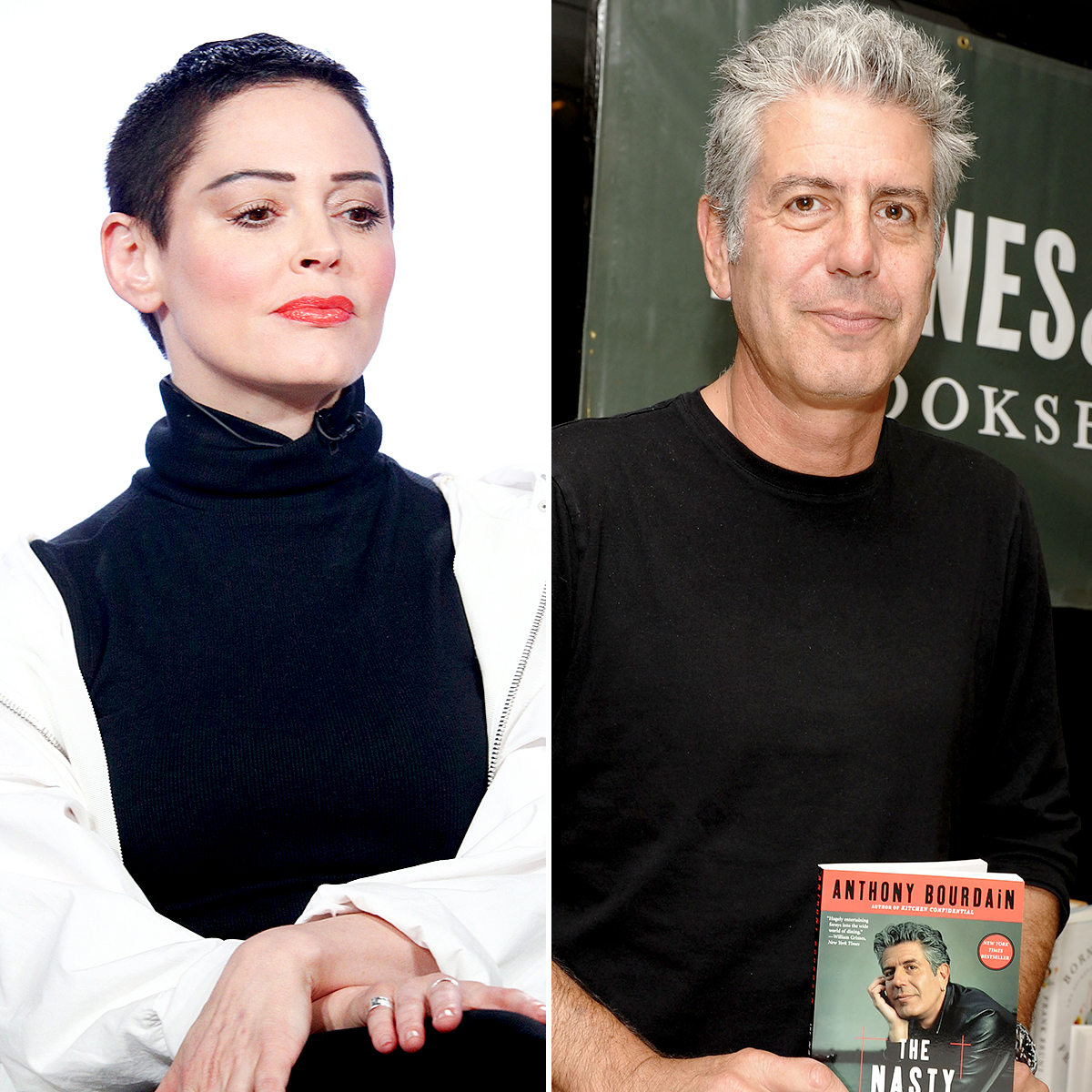 The actress then tweeted phone numbers for various suicide prevention hotlines around the world. “Please reach out for help,” she wrote. “Please know that your family is Not better off without you. Through space and time, Anthony. Your love will find you again.”

McGowan is close friends with Argento, who had been Bourdain’s girlfriend since 2016. The Parts Unknown host was a vocal supporter of both McGowan and Argento, 42, after they came forward with allegations that they had been raped by Harvey Weinstein. The disgraced movie mogul, 66, has denied any claims of nonconsensual sex.

In wake of the Weinstein scandal, Bourdain cooked a meal for his girlfriend, the Once Upon a Time alum and fellow accuser Annabella Sciorra. “It was an honor to cook for this meeting of the minds,” he tweeted in November alongside a photo of the three women.

The culinary expert was found unresponsive in his hotel room in Strasbourg, France, on Friday by his friend and fellow chef Eric Ripert. CNN reported that the cause of death was suicide by hanging. In addition to McGowan, Chrissy Teigen, Gordon Ramsay and Neil deGrasse Tyson were among the many celebrities and chefs who posted tributes on social media.