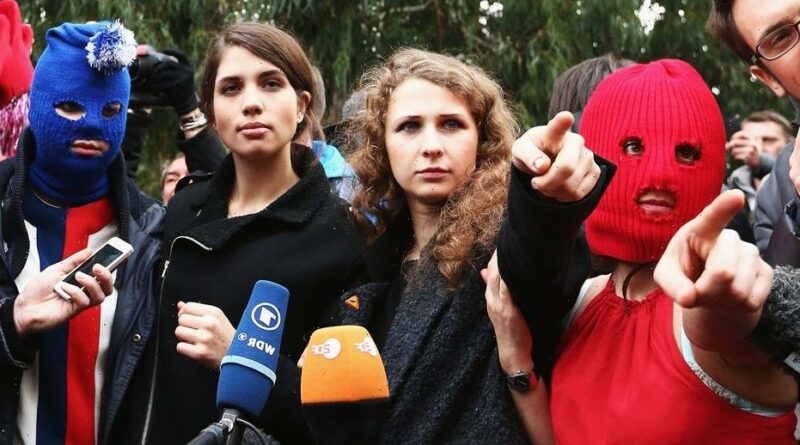 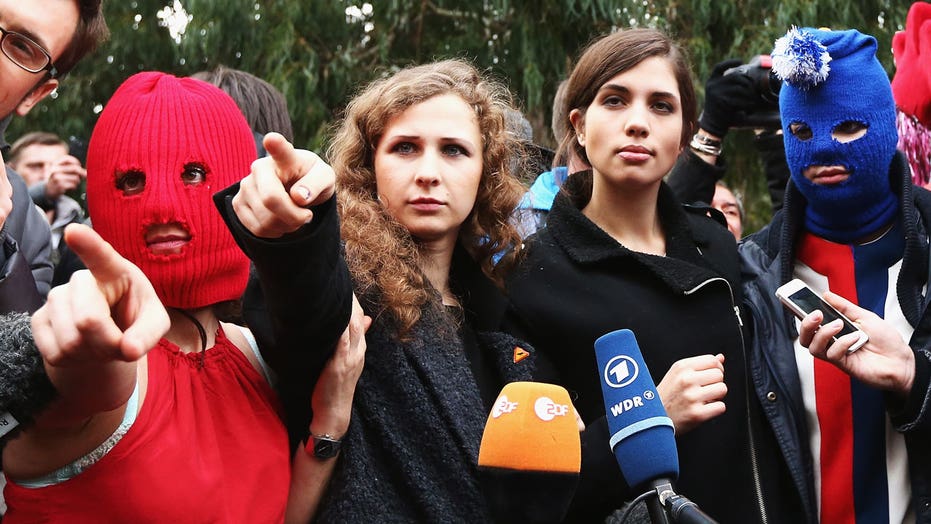 Russian performers have begun canceling concerts in their home country and joining a larger “no to war” campaign condemning the Russia’s invasion of Ukraine.

President Vladimir Putin ordered Russian troops to invade Ukraine on Feb. 24 after recognizing the independence of two separatist regions in the country. He labeled the attack a “special military mission.”

Tolokonnikova spoke to The Guardian about the devastation in Ukraine.

‘You cannot play nice with Putin’

“People underestimate how dangerous dictators are. In 2014, we spoke to the U.K. Parliament, we spoke at the Senate in the U.S., we were asked by a lot of people how they should talk to Putin, how they should frame the conversation, and I always advised that they should be as strict as they could. You cannot play nice with Putin.”

Pussy Riot has been outspoken against Putin for years, and two of its members spent two years in jail for speaking out against the Russian government.

Tolokonnikova, Maria Alyokhina and Yekaterina Samutsevich were arrested after the group staged a flash mob-style performance in a Moscow cathedral. They performed the song “Close to the Altar” and encouraged the Virgin Mary to “throw Putin out.”

“I was traumatized by prison,” Tolokonnikova told The Guardian. “I was barely functional when I got released. I suffered from a really severe depression in 2014. I’m still on medication for depression caused by PTSD.”

“This is a painful decision as I was looking forward with enormous joy to making music with the exceptionally gifted young Russian artists,” Bychkov said. “Yet doing so under the present circumstances would be an unconscionable act of acquiescence.”

“I want the spirit of this decision to be unmistakably clear: It is in no way directed at the orchestra or its public. The emotional suffering of ordinary Russian people at this time, the feeling of shame and economic losses they experience are real. So is a sense of helplessness in face of repression inflicted by the regime. Those individuals who dare to oppose this war put their own life in danger. They need us who are free to take a stand and say, ‘The guns must fall silent so that we can celebrate life over death.’”

“I know that most people in Russia are against this war, and I am confident that the more people would talk about their real attitude to it, the faster we can stop this horror,” Oxxxymiron said in a video posted to Instagram.

“I cannot entertain you when Russian missiles are falling on Ukraine. When residents of Kyiv are forced to hide in basements and in the metro while people are dying.” 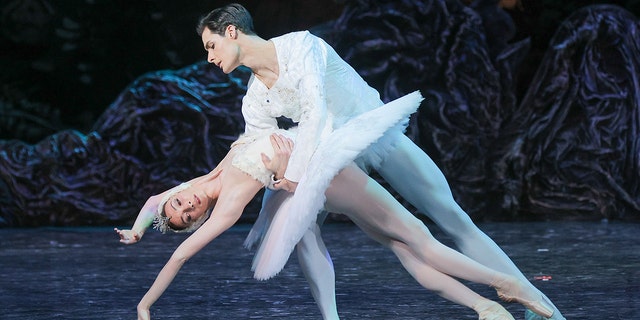 Olga Smirnova publicly declared she is "ashamed of Russia" amid the ongoing conflict between the country and Ukraine.
(Getty Images)

“I cannot but say that with all the fibers of my soul I am against the war,” Smirnova wrote on a newly created Telegram account, according to the New York Post.

“I never thought that I would be ashamed of Russia. I have always been proud of the talented Russian people, our cultural and sporting achievements,” the 30-year-old added. “But now the line is drawn on the before and after.

“It hurts that people are dying, while others are deprived of a roof over their heads or forced to leave their homes. Political issues in a modern civilized society should be resolved exclusively through peaceful negotiations.”

Outside of Russian performers, other stars across the world are denouncing the war.

“Dear friends & followers, tonight I was supposed to be performing Giselle at the Mariinsky Theatre but instead, due to the awful crisis I have taken the difficult decision to leave Russia, at least until peace comes,” Parish wrote.

“My heart goes out to the people of Ukraine, near and far, including @kate_chebykina pictured with me here in @jivoy_dance’s ‘I’m not Scared.’ I am so grateful to the Mariinsky Theatre who, thanks to Yuri Fateev, took me in 12 years ago and gave me a career in classical ballet I could only have dreamed about.” 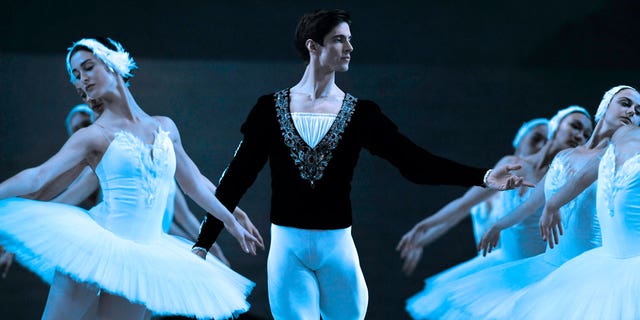 Green Day canceled a concert, scheduled for May, in Moscow.

“With heavy hearts, in light of current events we feel it is necessary to cancel our upcoming show in Moscow at Spartak Stadium,” Green Day wrote on its Instagram Story.

“We are aware that this moment is not about stadium rock shows, it’s much bigger than that. But we also know that rock and roll is forever and we feel confident there will be a time and a place for us to return in the future,” the band continued. “Refunds available at the point of purchase. Stay safe.”

Over the last two weeks, major players in Hollywood have taken swift action of their own to condemn President Vladimir Putin’s actions with musicians, festival organizers and industry leaders announcing their decisions to postpone events in Russia, severely limiting entertainment offerings in the country.

Putin launched a full-scale attack on Ukraine on Feb. 24.

On Wednesday, a Russian airstrike devastated a maternity hospital in the besieged port city of Mariupol amid growing warnings from the West that Moscow’s invasion is about to take a more brutal and indiscriminate turn. Ukrainian officials said at least 17 people were wounded in the attack.

Fox News Digital’s Melissa Roberto and The Associated Press contributed to this report.