Home » Ryan Tedder on NFTs: 'I'm Doing the Exact Opposite of What I've Done My Entire Career' 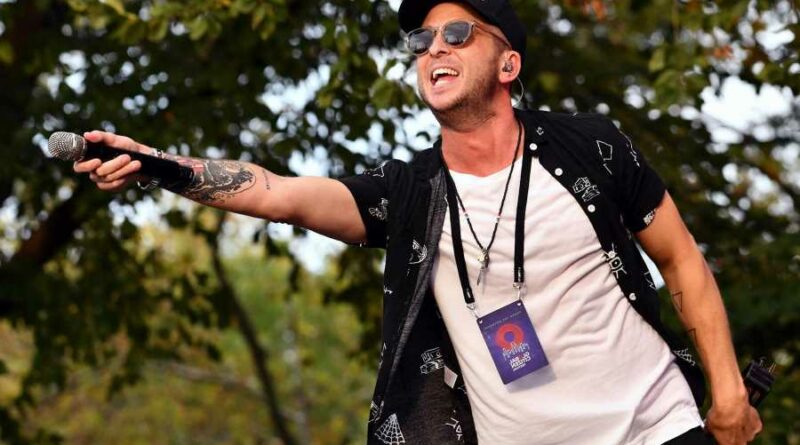 Ryan Tedder is launching a series of Non-Fungible Tokens Tuesday, making him the latest high-profile musician to jump on the booming trend.

Tedder, the OneRepublic frontman and a prolific songwriter for the likes of Beyoncé, Adele and Taylor Swift, partnered with Swiss street artist Bustart on his NFT drop. Bustart designed the visuals for the token — a dancing and skateboarding fox named Nakamoto — while Tedder wrote and recorded an original track accompanying the visuals.

There will be four types of NFTs in the collection. Tedder is dropping three “open edition” tokens that will be on sale at 7:30 p.m. PST today, for half an hour, and an auction will open for more limited edition drops at 8:15 p.m. The winner of the auction will be the only person who gets the full song instead of just a snippet, and they’ll also get a physical signed canvas version of the drop along with a Zoom call with Tedder. Unlike many other NFT drops, fans don’t need cryptocurrency or a coin wallet to participate.

Tedder says he sees the drop as welcome opportunity for more intimate experiences for fan interaction beyond feeding the industry’s hit machine. “For my whole career, my success predicated on me writing and producing songs that billions of people listen to and want to listen to repeatedly. I get paid if the song I make translates to billions of people across the planet, and they want to replay it over and over and over again,” he says. “Definitively what I’m doing with a non-fungible token is the opposite. I’m doing the exact opposite of what I’ve done my entire career. It’s scarcity, it’s limited. The idea of creating art and limited experiences between artists and fans of their art, there will always be a market for that.”

It’s just the latest business venture for Tedder, who’s already established himself as one of the music industry’s savviest artist-entrepreneurs. Along with investing in several companies like salad chain Sweetgreen and celebrity texting platform Community.com, he’s been active in commercial real estate for over a decade, and he founded hemp-infused water company Mad Tasty with the help of Interscope head of strategic marketing Daniel Sena in 2019. More recently, Tedder jumped on a similarly booming music industry trend when he sold a majority stake in the publishing rights for his catalog to KKR for a reported $200 million, one of the larger catalog sales since the trend kickstarted in 2018.

Ahead of the launch, Tedder spoke with Rolling Stone about his enthusiasm for the platform, writing music for limited audiences and his future plans with cryptocurrency.

What drew you into NFTs?
One of my early investments four years ago, I invested in Polychain Capital, which is Olaf Carlson-Wee’s company, who’s now employee number one at Coinbase. I didn’t know enough about just Bitcoin or Ethereum or Dogecoin or any of them to just start throwing money at crypto like a Hail Mary. But he knows crypto better than anyone and needless to say, the investment did very, very well. As time went by, I started paying attention to some of the different NFTs that were popping up, but I chose not to invest in them because they don’t make me feel emotional. And my investment thesis in anything is I have to either be super excited about it  or already consume it and understand its utility and the future of it.

As far as the collectible space goes, this is for me, so representative. The reason I got excited about NFTs in the first place was that this is what I like. I have handwritten letters from George Washington and Abraham Lincoln and Gandhi, Napoleon. I’ve got Taking off at Kitty Hawk signed by Orville Wright, I’ve got ledgers from the Medicis. My studio is littered with these historic collections.

One-of-one things excite me. In the art world, I’ve been collecting Keith Harings, and George Condo and Basquiat. This is a space that is super, super comfortable for me because this is what I personally invested in. And now for the first time ever, I get to actually create something like this. It’s not intended for billions of people. It’s intended for a small handful.

What opportunities do you see with this growing NFT market for the industry?
I’m doing this because I believe that the future of every industry is transparency and true peer-to-peer interaction. If I have something of value I created and you want it, why does there have to be someone in the middle? This is disruption, and disruptive companies, disruptive apps, disruptive ideas always squeeze out the middleman. The middleman’s a great place to be while you have the gig. Whoever the guy was that thought of the ATM machine, that’s the true definition of a middle man. You put the machine in a gas station and make three dollars a transaction, are you crazy? That’s the best business ever. But those types of entities will get squeezed out.

Does removing the notion of billions of listens change the way you write?
Musically, this is not a OneRepublic song. This is not a Ryan Tedder song. Unless you listen to every One Republic song in history, you wouldn’t even know it’s me.

I went through all these visuals. I stared at that loop for 30 minutes and just kept thinking, “What is the soundtrack to this? Who is this character? What does he sound like?” That tied into how I started in the music industry writing for movies, where directors send me three-minute clips and tell me to write an original song to it. That’s what I did and still do. I did it for Space Jam three weeks ago. There’s a pivotal scene and they needed a single. I called an artist to perform, I can’t say who, and we watched the scene and I immediately knew what this should sound like, what type of song should go here. And that is the exact same approach I used for the NFT.

You said this is the beginning. What else are you doing with NFTs? Will music always be involved?
Mine will always be connected with music because have you ever watched a movie without music in it? They’re terrible. It’s uncomfortable. If it’s a moving piece of art, I think there has to be a soundtrack.

Separate from NFTs but connected to the blockchain, I’ll be auctioning off real-life items that I own. I have some stuff that is super, super crazy one-of-one collectables. Demos of songs for other artists – I own those demos, I’ve gotten to enjoy them for years. I’m the only person that has the original files. And I’m not going to say who the artists are, I have to get all the clearances, but I’m going to be auctioning them. Those recordings to some people around the world will mean everything, and the value of them is tremendous.

Everyone’s jumping on NFTs now, how do you make something new?
The distinguishing factor of the NFT we’re dropping is that 90% of the people who’ve done NFTs are DJs, and the majority of the art you’ll see is robots interacting with other robots in the matrix. It’s like you’re watching Minority Report. I’m not dissing that, I’ve bought those NFTs. But my thesis in life is if you see everybody zig, you should zag. I can make house or electronic music, but for me I think about what’s the opposite of what everyone else is doing.