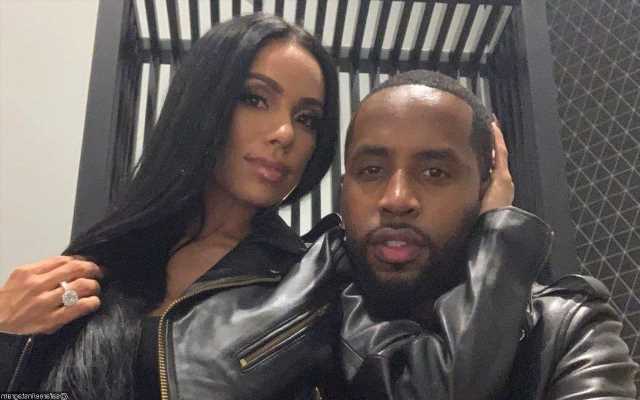 In a recent episode of ‘Love and Hip Hop: Atlanta’, the ‘Liar’ rapper reveals to his mom that his now-estranged wife was six months along when he found out about her pregnancy.

AceShowbiz –Safaree Samuels‘ mother couldn’t hide her disappointment over his son’s behavior. When talking face to face with the “Liar” rapper, Shirley Samuels made it clear that she was hurt by how he handled his marital issues with his now-estranged wife, Erica Mena.

Shirley confronted Safaree in the Monday, August 2 episode of “Love & Hip Hop: Atlanta“. While they were meeting up for lunch, the MC told his mom that Erica was six months along when he found out about her second pregnancy. “There was so much turmoil and us not getting along,” he said, adding that they slept in separate beds.

In response, Shirley gave Safaree marriage advice. “When you’re married, you’re gonna argue,” she pointed out. After Safaree said he doesn’t like to argue, Shirley was quick to shut him down by explaining that women don’t like men who stayed mum while there’s a problem.

“You create problems when you do that,” Shirley further stressed. “You get upset and you start tweeting. I don’t like that, man.” She was referring to Safaree’s tweet in February that read, “I mean this from the bottom of my heart getting married was 1 of my BIGGEST mistakes and it will never happen again.”

“And you know you wasn’t raised like that. You know. You know when it comes down to women, the utmost respect,” Shirley fumed. “When I see stuff like that, it hurts me and I’m embarrassed.”

Safaree and Erica tied the knot in New Jersey in October 2019. They welcomed their first child Safire in February 2020. The pair, however, called it quits in May this year. Erica, who was pregnant with their second child at that time, filed for divorce from him on May 21.

In her filing, Erica made it clear that she has “no hope of reconciliation” with Safaree because their marriage is “irretrievably broken.” She also noted that the two of them are currently living in a “bona fide state of separation.”