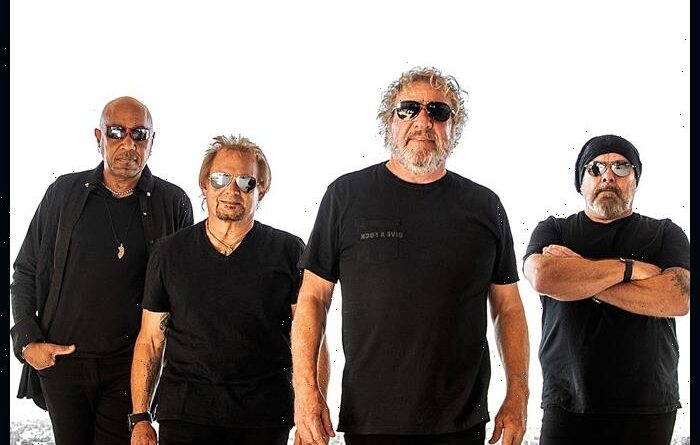 Originally recorded on their phones during quarantine for Lockdown 2020, “Funky Feng Shui” is revamped and expanded for the new album.

Speaking about the making of the video, Hagar said, “The video was a blast to film because the director kept screaming, ‘Just remember there’s gonna be a 50-foot woman stepping over you guys while you’re performing.'”

The video was directed by Travis Detweiler and produced by Chris and Aimee Kurtz.

Sammy Hagar & The Circle are currently on a headlining summer U.S. tour in support of Crazy Times.

Fans can listen to the single and pre-order the album at https://sammyhagar.lnk.to/CrazyTimes.