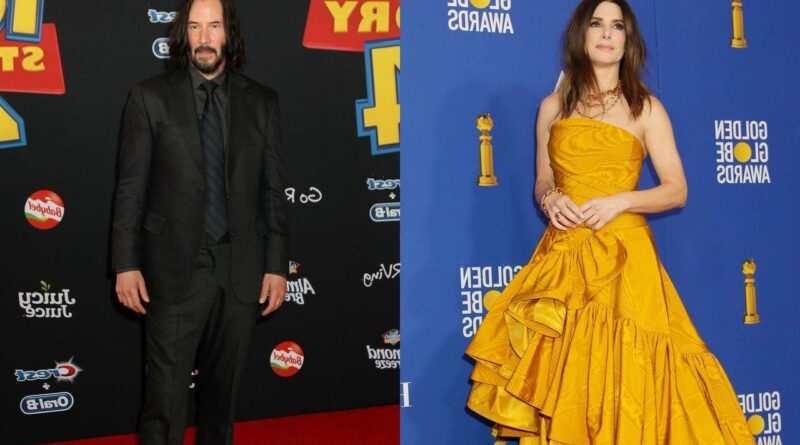 Despite her admiration towards the ‘John Wick’ actor, the ‘Blind Side’ actress insists she has no regret avoiding romantic relationship with her former co-star.

The actress values her friendship with her “Speed” and “The Lake House” co-star and, although though she thinks their bond could have “survived” a failed romance, as none of her pal’s ex-girlfriends have anything “horrible” to say about him, she’s glad they haven’t had to go through the awkwardness of a breakup.

Asked if they ever dated, she told Esquire magazine, “Nope. But who knows?”

“Keanu’s a guy who, I feel like, is friends with every woman he’s ever dated. I don’t think there’s anyone who has something horrible to say about him. So maybe we could have survived. I don’t know. But we didn’t have to survive anything. We just get to grow up together on parallel roads and tip our hats and meet for a dinner and try to work together.”

“And the longer time goes on, the more in awe I am of the human being. Would I have been able to say that if he had dumped me and made me angry? Probably not.”

The “Blind Side” star recalled how, on one occasion, she casually mentioned to Keanu that she had never had champagne and truffles – and a few days later, the “John Wick” star hand-delivered the two items, along with some flowers.

He told her, “I just thought you might want to try champagne and truffles, to see what it’s like.”

Sandra said of her pal’s attention to detail, “That’s what I mean that it drives you crazy. When I first met him, I would spend as much time as I could filling a silence, just to feel comfortable. And the more I jibber-jabbered on, the quieter he would get.”

“And I thought, ‘I don’t understand what’s happening! He’s looking at me with eyes of confusion. He’s quiet. Did I say something to offend him?’ “

“And then a day or two later, he would arrive with a note or a little package, saying, ‘I thought about what you said.’ And he would have his response.”

While the pair previously confessed to a mutual attraction when they first worked together, Keanu is happily dating artist Alexandra Grant and Sandra is in a relationship with Bryan Randall.