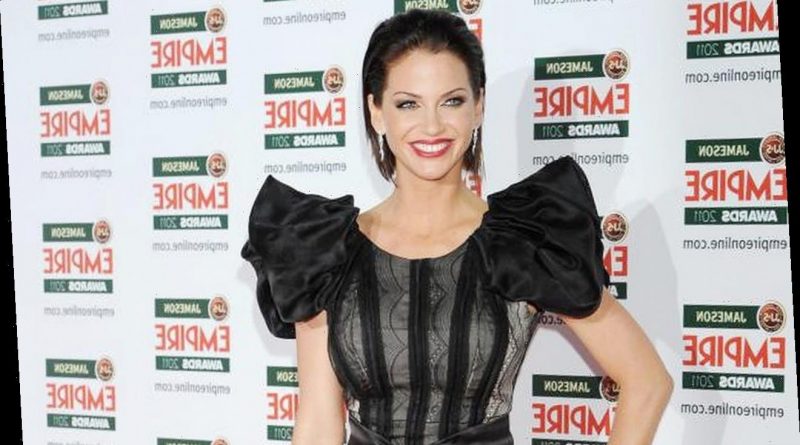 The Girls Aloud singer reveals her days are numbered as she has been warned that Christmas 2020 was probably be her last jolly holiday since her cancer has become terminal.

AceShowbiz –Sarah Harding was warned Christmas 2020 will probably be her last as her cancer has spread.

The 39-year-old Girls Aloud singer revealed last year that she is battling advanced breast cancer and has explained that despite a mastectomy and intensive chemotherapy, the disease has now spread to her spine and is terminal.

In excerpts from her new book “Hear Me Out” published in The Times newspaper, Sarah said, “In December my doctor told me that the upcoming Christmas would probably be my last. I don’t want an exact prognosis. I don’t know why anyone would want that. Comfort and being as pain-free as possible is what’s important to me now.”

“I’m trying to live and enjoy every second of my life, however long it might be. I am having a glass of wine or two during all this, because it helps me relax. I’m sure some people might think that’s not a great idea, but I want to try to enjoy myself. I’m at a stage now where I don’t know how many months I have left. Who knows, maybe I’ll surprise everyone, but that’s how I’m looking at things.”

Sarah added that spending time with her mother and her friends is her priority and she would love to have a huge party to say goodbye to her loved ones before she dies.

The “Promise” hitmaker said, “Right now, I’m trying to find joy whenever and however I can. It’s definitely spending quality time with Mum and seeing my friends whenever I can. Life has got so much smaller, and my priorities have changed, but the other Sarah Harding is still in there somewhere too, trust me.”

“I think what I’d really like to do is to see everyone – all my friends, all together. One last time. Then I’d throw a great big f*** off party as a way to say thank you and goodbye.”

Meanwhile, Sarah also revealed that she almost died of sepsis and had to be put in a coma for two weeks following her breast cancer diagnosis.

She said, “With both my lungs and kidneys failing, doctors decided to put me into an induced coma. Even once I was off the ventilator I couldn’t speak properly. All I could do was make noises like a chimpanzee trying to communicate.”