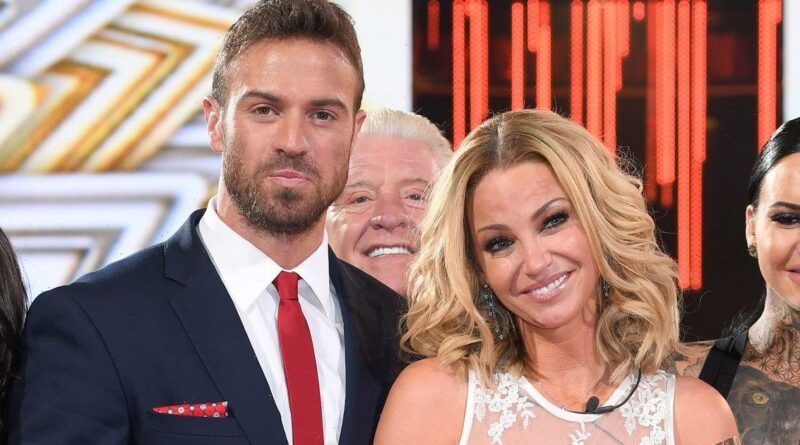 Sarah Harding's last boyfriend Chad Johnson has spoken of her dreams of being a mum.

Girls Aloud star Sarah, who tragically died at the age of 39 on Sunday, met Chad, 34, while on Celebrity Big Brother in 2017.

Sarah and American reality star Chad enjoyed a whirlwind romance in the Big Brother House but struggled to make their relationship work long distance. But, the pair stayed in contact and remained on good terms.

Now, Chad has spoken out about the beloved star following her tragic death after her battle with breast cancer.

He said one thing Sarah wanted was to become a mum. Chad revealed: "Sarah wanted to be a mum but she never got to do that. That feels very sad for me. I always thought Sarah would have been an amazing mum.

"She had such a motherly vibe, she was very caring towards the people she loved. And she loved children.

"She would have been obsessed with her kids in the best way. It was just in her nature."

After splitting in November 2017, Sarah and Chad stayed in touch and the reality star has now revealed how they planned to meet up again, but he didn't realise how ill she was.

"We had been planning to meet up but I had to move the dates and we couldn’t make it work — and then the pandemic hit. But we stayed in touch via texts and on social media. For us both, I think we always thought we would reconnect. We had a connection, a great relationship.

"We didn’t have to talk for hours to know we cared. And we both had busy lives. But even after she said she was sick I never really realised how poorly she was. It never really hit me.

"I prayed she was able to get through it. It is still sinking in. I woke up to so many messages from friends. I still can’t believe she has gone. I was always thinking of her."

Sarah was diagnosed with breast cancer last year and bravely spoke out about her diagnosis.

The singer later released a book Hear Me Out, where she revealed she was told by doctors that she may not live to see Christmas.

In the book, Sarah also heartbreakingly admitted that she cried about not having children.

She wrote: "I was saying how we never thought Nadine [Coyle] would be the first one of us to have a child, and that now three of them have kids.

"It might seem odd to worry about not having children when I don't even know how much of a life I have left, but it's there.

"The truth is, even if my prognosis was better, it still wouldn't be on the cards because of all the chemotherapy I've had.

"That treatment, harsh as it is, will have killed any chance I might have had. It's making me cry just thinking about it."

For the latest showbiz news and updates, sign up to our daily OK! newsletter.