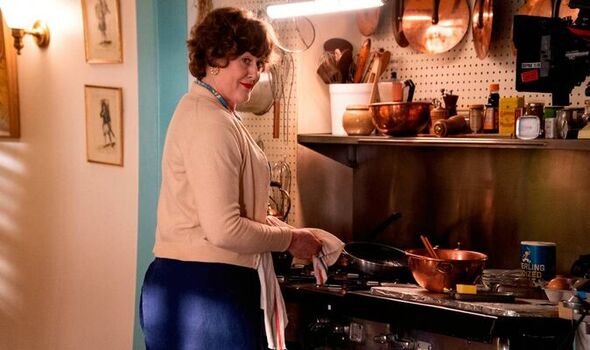 The original 2009 film contrasts the life of TV chef Julia Child with young New Yorker Julie Powell, who aspires to cook all the recipes in Julia’s cookbook in 365 days as she blogs about it.

“Julia did not have a presence in the UK. Marketing around the film was the first time that I became aware of her.”

Yet, Sarah declined to portray the late chef, and she even “put the written material away.”

“It didn’t necessarily make sense with what we were trying to do, which was a drama as opposed to a documentary.”

“I’m not a mimic. I can’t impersonate. She did have this extraordinarily complex vocal change, which I don’t share. I had to find something which worked in parallel and was comfortable.”

Show executive producer and creator Daniel Goldfarb said to be “incredibly lucky” to have Sarah and says “she is one of the greats”.

“Her Julia is so full and rich and not, I think, how anyone has ever played the role.”

After filming the third season of the popular crime series Happy Valley, Julia is Sarah’s first attempt to “crack America”.