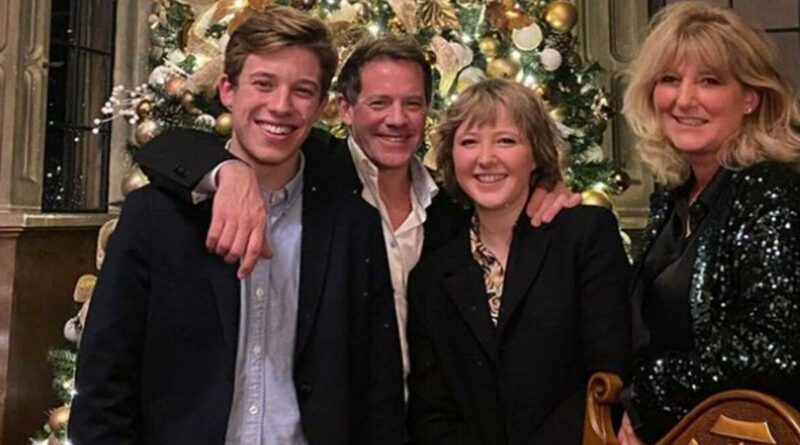 Matt Tebbutt, who celebrated his 49th birthday on Christmas Eve, said things took a turn for the worse on Christmas Day. The Saturday Kitchen presenter revealed he suffered a power cut while the chef cooked dinner for his family some years ago.

Matt is happily married, and recently celebrated his 21st wedding anniversary with wife Lisa Tebbutt, having been together since before his TV debut.

The couple used to run the Foxhunter restaurant in Nant-y-Derry, Monmouthshire, which won the AA Restaurant of the Year for Wales in 2004.

The Saturday Kitchen presenter and his other half also share daughter Jessica and son Henry Tebbutt.

The BBC favourite is known for his delectable delicacies and entertaining celebrities on his popular cooking programme.

He has since dished on the disastrous moment things went awry some time ago.

“We were halfway through cooking on Christmas Day and we had a massive power cut,” he explained.

“The power cut went on for hours, hours, hours. I think it was seven or eight hours long.”

“We ended up just eating salads and salami, whatever we had in the fridge. You just roll with it.”

He added: “Thank god for champagne!”

The TV star also opened up about his Christmas plans today as the chef revealed he will not be the only one putting a meal together for his family this year.

Matt said: “It will be a combination of me, my wife and my mother-in-law.

“There will be ten of us so I’m going to cook a turkey, we’ve got goose as well. I’m going to also do some lighter stuff like salads, and various picky bits.”

The BBC star recently took to Instagram and delighted his followers with his family version of the royal Christmas card.

Matt and his family beamed in front of a well-lit Christmas tree.

He captioned the post: “This would be our Christmas Card, if we were actually like that…@thornburycastle #foodheaven #christmas #thornbury #castle @chef.carlcleghorn #emptynestnomore.”

Meanwhile, Matt has recently teamed up with pet food brand ACANA as he addressed their partnership.

“I was astounded by the quality of this pet food. A lot of [the food] is totally fit for human consumption,” he explained.

“It’s then turned into top quality pet food. I wasn’t expecting that at all.”

He added: “It was vegetables – things that you don’t associate with pet food and feeding your animals.”

ACANA uses ingredients that are sustainable and harvested by regional suppliers, delivered to their award-winning kitchen, fresh or raw.

The food is carefully made from start to finish in their kitchen.

Speaking about ACANA’s work, Matt shared: “I believe people would be interested in knowing about the quality foods that go into their pet’s dishes.”

Matt Tebbutt is working with ACANA Petfoods to educate fellow cat owners on the importance of feeding your feline friend a diverse and well-rounded diet – featuring a variety of different textures and flavours, which can be done using the high-quality and biologically appropriate recipes found within the ACANA range.