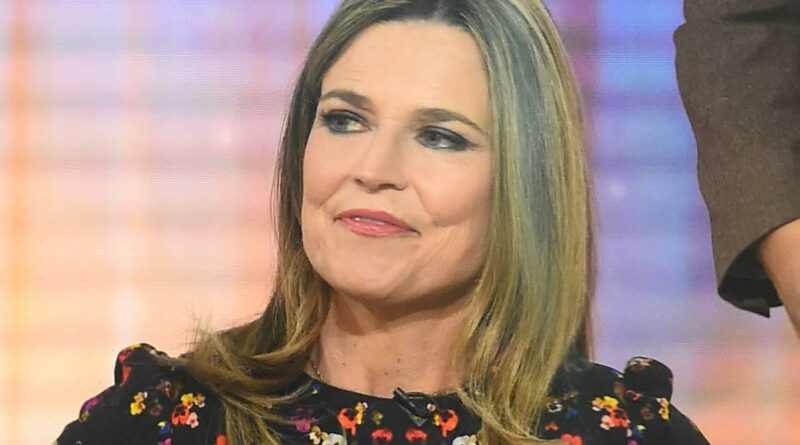 Savannah Guthrie enjoyed the most incredible few days in the Bahamas with her loved ones last week, but on Monday it was back to reality!

MORE: Savannah Guthrie’s absence from Today explained – and it involves her co-star

The Today star returned to work following a week away, taking her seat alongside Hoda Kotb at the start of the show.

Looking sun-kissed from her time in the sun, Savannah looked stylish dressed in a black jumpsuit.

Fans were more than happy to see her back on their screen, and it was during one particular moment of the day that she received a huge cheer from the fans outside in the plaza.

Al Roker revealed to the audience that they were currently in the presence of “magazine stars” as Savannah and Hoda are on this month’s Good House Keeping cover.

“Hold it up,” Al added, as the live audience held up copies of the magazine while cheering.

The pair talk all things parenting in the magazine, a topic dear to their hearts. Savannah is mom to children Vale and Charles, while Hoda is mom to daughters Haley and Hope.

Hoda and Savannah are cover stars this month!

Savannah went away with her children and husband Michael Feldman last week, and they were also joined by her good friend and co-star Jenna Bush Hager and her own family.

The pair live nearby each other in New York State and their children even go to the same school.

Savannah and Jenna often do a lot of things together outside of work, including a trip to the US Opens last summer, where they sat within close reach of some very famous faces.

Savannah with her two children Vale and Charles

What’s more, their recent vacation was all the more special as it fell on Savannah’s wedding anniversary.

MORE: Dylan Dreyer thanks fans for support as she makes huge career announcement

The 50-year-old marked eight years of marriage to her husband while abroad, and shared a beautiful wedding picture taken from their big day on social media to mark it online too.

“How it started —> how it’s going…It’s going *beautiful* because you’re in it, @feldmike. Happy Anniversary! #8years #bronze #pottery,” she wrote alongside the image.