She rose to fame on Gogglebox due to the dynamics of her close knit family.

And Scarlett Moffatt has revealed the ‘toughest time of her life’ was when her father Mark was diagnosed with skin cancer when she was just six-years-old.

The reality star, 28, praised the NHS and the doctors and nurses who helped her ‘smile again’ ahead of attending the NHS Heroes Award ceremony, which will air on ITV on Monday night. 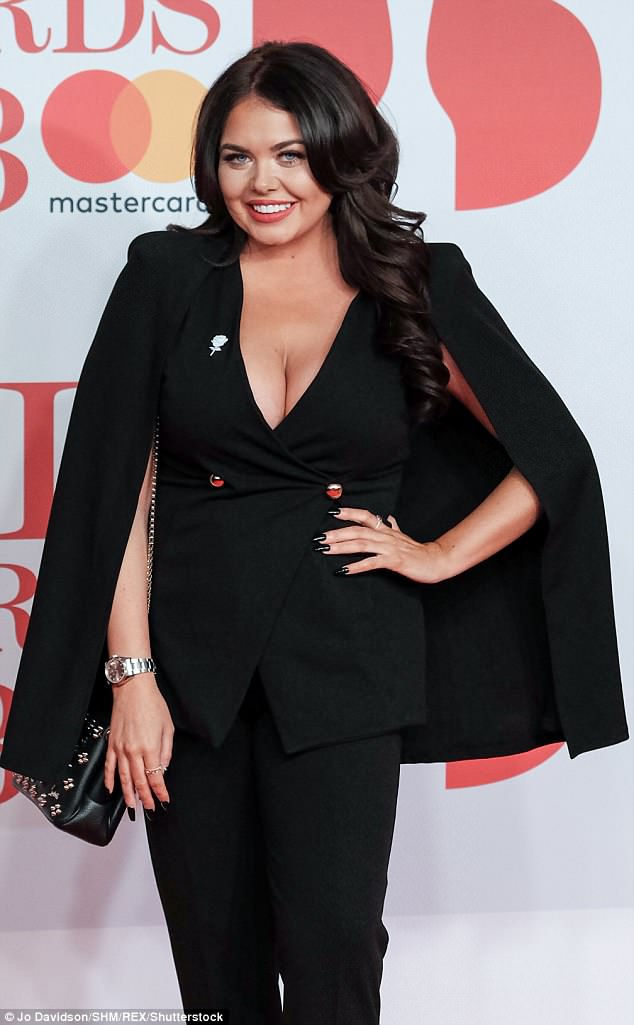 ‘I’ve used the NHS myself for treatment, my dad had cancer and it was nurses that helped me and my mam smile at times that we didn’t think we’d be able to smile,’ she told The Mirror.

‘They just help you through times that are just the toughest times of your life.’ 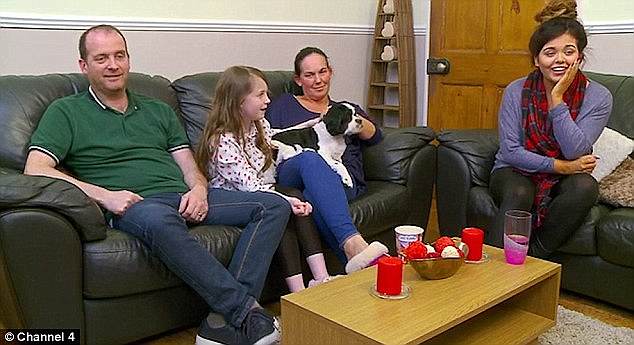 Sweet: The reality star, 28, praised the the doctors and nurses who helped her ‘smile again’ ahead of attending the NHS Heroes Award ceremony, which will air on ITV on Monday night

Scarlett was one of the many celebrities to show her support to the NHS by attending the Heroes award ceremony last week.

Attended by Britain’s leading stars, the event – in corporation with ITV and The Mirror – marks the 70th birthday of the National Health Service.

The award show honours NHS staff who have provided their help to patients in order to improve and save lives.

The jungle queen previously spoke about her dad’s battle with cancer, telling the Sunderland Echo: ‘We’re very lucky in our family because my dad had skin cancer, but got through it.

‘He had to have radiotherapy and a skin graft, he had 72 stitches, but the scar is sort of a medal for him.

‘We were really lucky and the people at the hospital were amazing.’

Scarlett too suffered her own cancer scare at the tender age of 11. 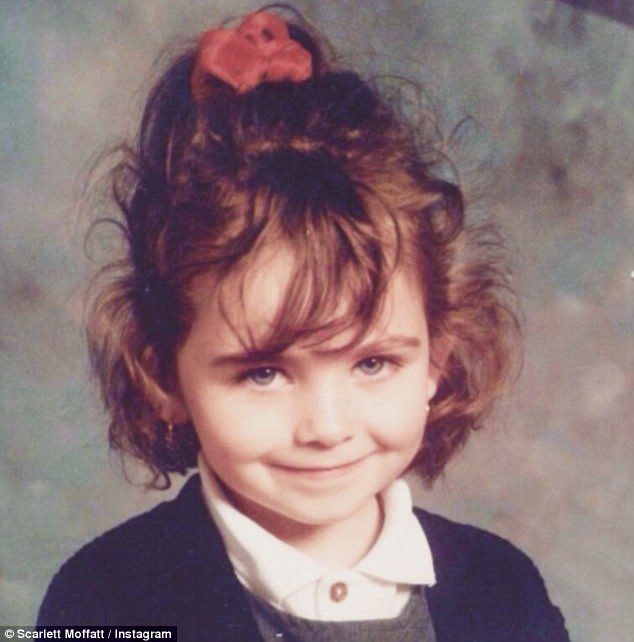 Devastating: Scarlett was just six-years-old when her dad was diagnosed with the rare form of cancer

The Gogglebox star explained that medics feared she might have leukemia after she was diagnosed with Bell’s palsy, a facial paralysis.

The 26-year-old said the effect it had on her parents was ‘heartbreaking’ – especially her father Mark who had battled rare skin cancer just four years before.

‘I had no idea what any of the words meant. It’s only now I understand why my parents got so upset,’ admitted in an extract for her autobiography Me Life Story: Sofa So Good!.

Moffatt said the doctors’ fears hit her dad the hardest, revealing: ‘The thought of his little girl having tests for that awful C-word – cancer – was heartbreaking.

My dad picked up my sock, held it to his eye and started to cry. Even though I was nervous and confused at what was happening, I just wanted to hear my dad laugh, not cry.’

Luckily, their doctor returned to tell the fraught family she didn’t have cancer and would be given strong steroids for Bell’s palsy. 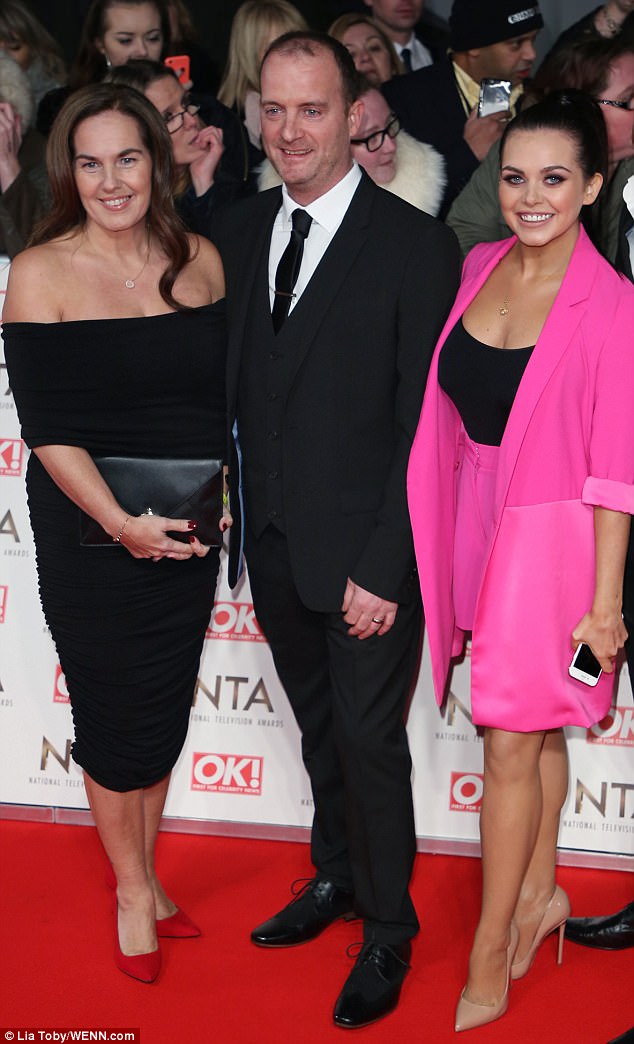 Close bond: She rose to fame on Gogglebox due to the dynamics of her close knit family (pictured with dad Mark and mum Betty last year)