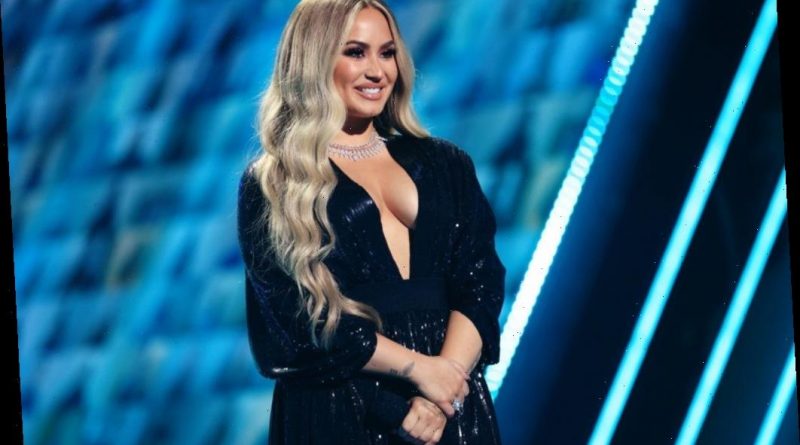 Could 2021 finally bring a new Demi Lovato album? After releasing several singles in 2020 and teasing an upcoming album, Lovato spent the first part of the new year in the recording studio and her manager, Scooter Braun, was the one to break the news.

On Saturday, Braun tweeted with a pair of eye emojis, "Demi is in the studio."

Demi is in the studio ?

Lovatics immediately replied to Braun's tweet with a mixture of excitement and frustration at the regular teases from Lovato about a new album.

give us a snippet pic.twitter.com/2wuRt2WMia

demi is finally coming??? im so excited for more pic.twitter.com/Q7mlVyaenn

The pop star's last studio album was 2017's Tell Me You Love Me. Following a serious overdose and rehab stint in 2018, Lovato took some time out of the spotlight. She was poised for a return in early 2020, performing her emotional ballad, "Anyone," at last year's GRAMMYs and singing the National Anthem at the Super Bowl a week later.

Lovato went on to release several singles in 2020, including "I Love Me," "I'm Ready" with Sam Smith, "OK Not to Be OK" with Marshmallow, "Still Have Me," and "Commander in Chief."

In March 2020, Lovato opened up about her highly anticipated album on Apple Music's New Music Daily.

"I'm actually [still] finishing up some of the album. It was gonna be done a lot earlier… and then, um, after my performances, we kinda went back to the drawing board," she explained of her GRAMMYs and Super Bowl moments. "I thought, 'What is this album missing? Am I really putting out the best work that I possibly can?' So I'm just taking a little bit more time with it."