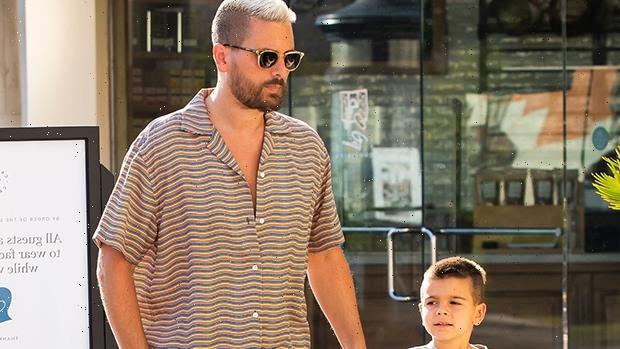 It seems Scott Disick took inspiration from his youngest son’s ‘do, as he sported a spiky blonde mohawk in a new video, just like Reign!

Scott Disick has shared a sweet video with his son Reign, 6, proving the youngster truly is his mini-me. The TV personality, 38, shared two clips to his Instagram Story on July 13, showing the father-son duo with identical hair styles. “My guy,” Scott captioned the videos, which showed him hugging little Reign, and making him giggle. While the father-of-three sported a highlighted mohawk with frosted tips, a shirtless Reign was seen with his signature brunette locks.

Scott, who donned a white hoodie and several bracelets, was seen tickling his son, who squealed and squirmed about as he giggled. It came just days after the Talentless founder shared some snaps of Reign with his daughter Penelope, 9, whom he shares with former partner Kourtney Kardashian, aboard a private jet. Scott called the pair his miniature doppelgängers, and it’s true the trio naturally bare a striking resemblance to each other.

Fans would also recall his middle child, whom he affectionately calls “Peep”, celebrated her 9th birthday on July 8. Scott, and the rest of the KarJenner family, paid homage to little Penelope on Instagram. “My life my love my everything,” Scott captioned a photo of his daughter. “You have changed my life forever peep, I honestly can’t express my love for thru trying on an iPhone but with that said, I love you to much!!!!!! And will never stop loving you each and every day for the rest of your life and will protect you till the day I die.” 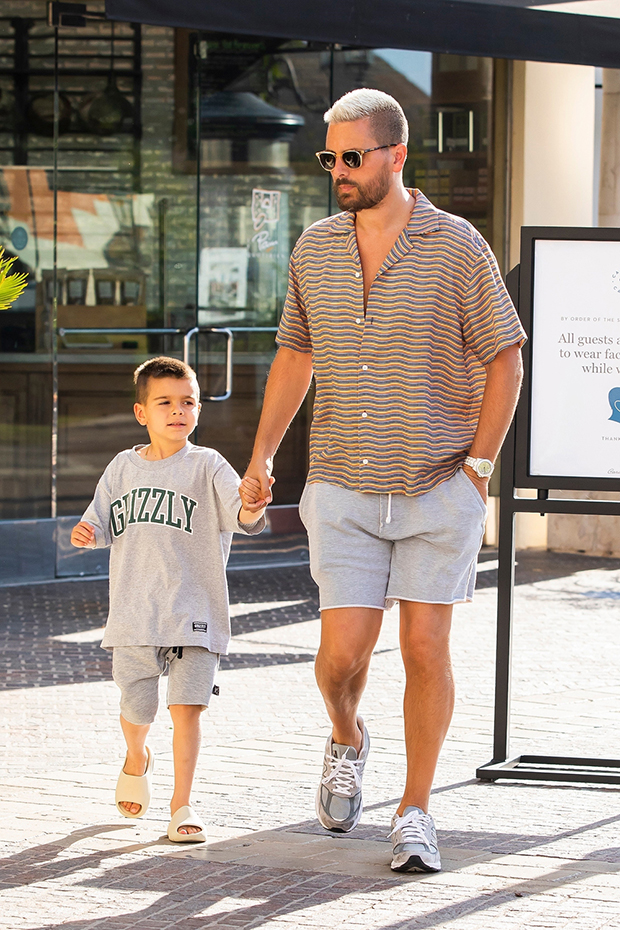 Scott’s new girlfriend Amelia Hamlin also gushed over Penelope. The 20-year-old daughter of Lisa Rinna commented on Scott’s post, revealing the nickname she has for Penelope. “Little peesh,” she wrote alongside some heart emojis. “Happy birthday to the best facialist in town.” The up-and-coming model has joined Scott and all three of his children for dinner dates and was even spotted shopping with Scott and Penelope.

Fans would recall the pair were first linked in October 2020, and a source told HollywoodLife at the time that Scott wasn’t concerned about the backlash surrounding their age gap. “He really couldn’t care less what people think,” the source said. “All that matters to him is what his inner circle thinks. His friends and loved ones are fine with it and his kids really like Amelia so that’s what counts to him. The rest of it is just noise.”