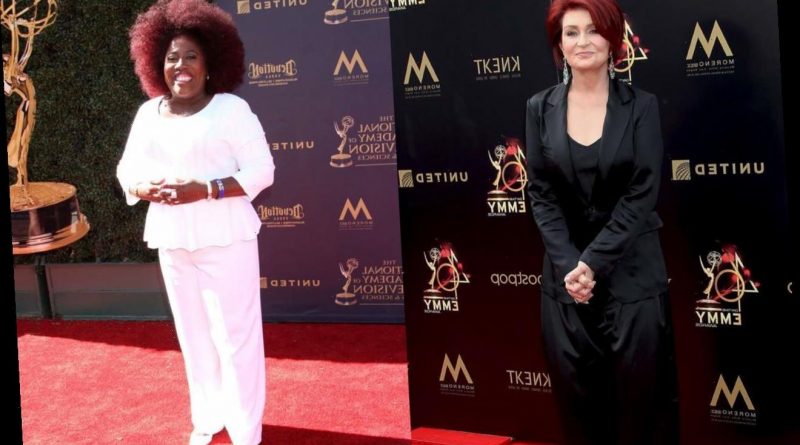 After her former co-host claims they have not talked to each other since their on-air clash, the wife of Ozzy Osbourne unveils the text messages she sent to the former in which she personally apologized.

AceShowbiz –Sharon Osbourne has shut down Sheryl Underwood‘s recent claim. Upon learning the latter declared that they have not talked to each other since their argument on “The Talk“, the wife of Ozzy Osbourne questioned why her former co-host tried to destroy her reputation.

Sharon also leaked text messages she sent to Sheryl. In the first text, which was sent on March 12, the former wrote, “Sheryl, My heart is heavy and I’m deeply saddened by the events that transpired on Wednesday. I don’t want to lose my true friend over this. Im sorry for telling you to f**k off during break, I’m sorry for accusing you of fake crying while we were live on air and I’m sorry for losing my temper with you.”

“I felt shocked, scared and saddened by what felt like was a blind sided attack. You know me. You know how I’ve always had your back. We’ve outlasted everyone on this show and that’s because we’ve always been a team and had each other’s backs,” she continued. “I consider you a genuine friend. If you want to talk on the phone over the weekend I’m here. Once again from the bottom of my heart I’m sorry. Is there anything You need from me or that I can do to help you heal?”

The mother of Kelly Osbourne sent another text on March 15 after the previous one was left unanswered. “Hi Sheryl. I know you’re taking space and I don’t want to disrespect that. I’m just reaching out because I want you [to] know I’m thinking about you. If you are willing, can we talk before Wednesday? Big kiss,” she penned, before sending the last text three days later that read, “Sheryl I am thinking about you. Hope you are well. Sending my love.”

Sharon’s revelation came after Sheryl claimed that the former did not reach out to her to apologize. In the “Sharon Walks Away” episode of her podcast, Sheryl further divulged that she has “been looking through my phone” waiting to see whether there was a missed call or text.

Sharon and Sheryl were engaged in a heated on-air debate in the March 10 episode of “The Talk”. At that time, the British-American TV personality defended Piers Morgan in the wake of his controversial comments about Meghan Markle‘s explosive interview with Oprah Winfrey. Sharon has since left the CBS talk show.